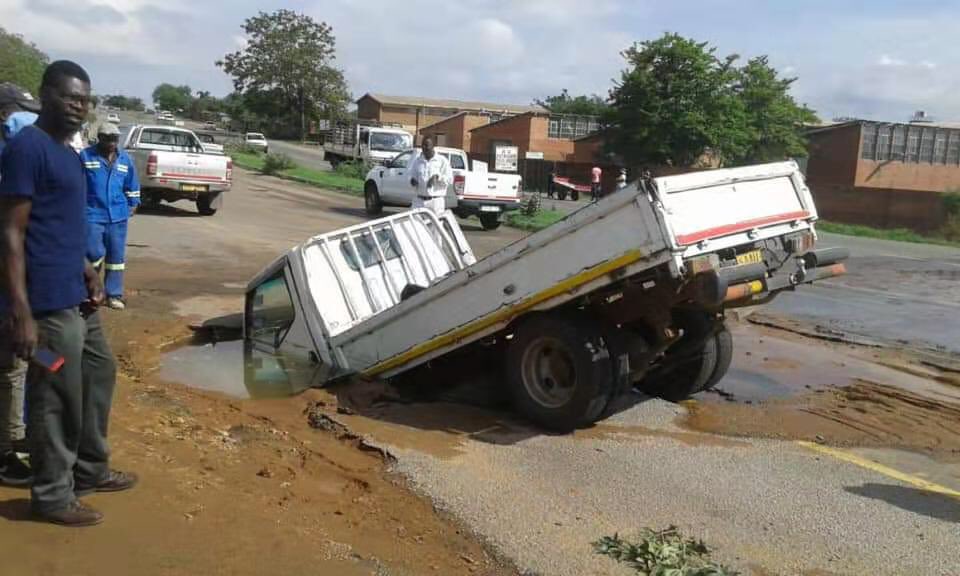 A truck plunged into a huge crater (pothole) along Khami Road in Bulawayo on Friday morning.

The driver of the truck was reportedly trying to avoid another pothole when half of his bakkie was swallowed by the ditch.

The driver threatened to institute legal proceedings against the Bulawayo City Council for any losses incurred from the accident.

He was not injured in the mishap, and no other vehicle was involved in the accident.

This comes a day after the Cabinet renamed most of the roads in Harare and Bulawayo with observers saying the government should have prioritised repairing roads rather than renaming them.