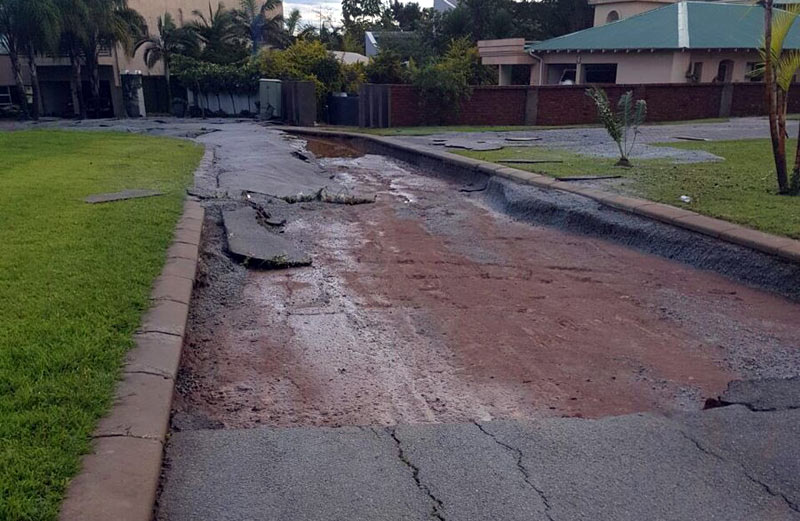 On Thursday, the cabinet resolved to rename a significant number of roads in Harare and Bulawayo, with 10 of them being named after President Emmerson Dambudzo Mnangagwa.

The decision has been roundly criticised with Zimbabweans expressing their anger via social media platforms. Below are some of the comments made by Zimbabweans on Twitter:

The country is in a crisis. Dysfunctional healthcare system after the government fired doctors. Women giving birth in medieval conditions in backyard “clinics”. Hyperinflation looming. Unlit & potholed roads. What does Zimbabwe’s Cabinet do? Announces a long list of new road names. Alex Magaisa

Naming roads after communist leaders like Leonid Brezhnev and Mao speak volumes on the type of leadership we have in this country, hence the command economics, the banning of opposition demonstrations and the soft genocide happening in hospitals. What’s left, a one-party state? Richard Tsvangirai

Did you know that in 2012, Harare City Council passed a resolution to change Enterprise Road to Solomon Mujuru Road? Then local government minister Ignatius Chombo torpedoed plan, stating: ‘It’s a nullity. The city should follow proper procedures and write to the ministry for approval.’ ZimLive

Let’s not be diverted by the re-naming of the roads it’s a non-event. The real issue is the Police brutality that occurred on Wednesday. Citizens must unite and say No to Police Brutality. We must say No to poverty and Hunger. We must also say NO to the de facto BAN of the MDC. Chalton Hwende

An incompetent ED wants to immortalize himself whether he falls or prevails. All the other name changes are to cover-up this wicked ambition. His name must be called in 8 cities every day, forever. That’s the ‘big idea’ while the Zim degenerates into mayhem. How low can you sink? Arthur Guseni Oliver Mutambara

Yes, it would seem to be in the national interest to fix roads before renaming them. Even so, perhaps it would be appropriate to name this particular section of road after Emmerson Mnangagwa in recognition of what he has done to #Zimbabwe since seizing power 2 years ago. David Coltart

They inherited roads with streets lights.

They inherited roads without potholes! They looted everything & now their leader is naming ten roads after himself!

Perhaps it is befitting that he now has his name on roads with no street lights & full of potholes!

That is his legacy! Hopewell Chin’ono

One Comment on “Renaming Of Roads Sparks Outrage; Here Is How Zimbabweans Reacted”