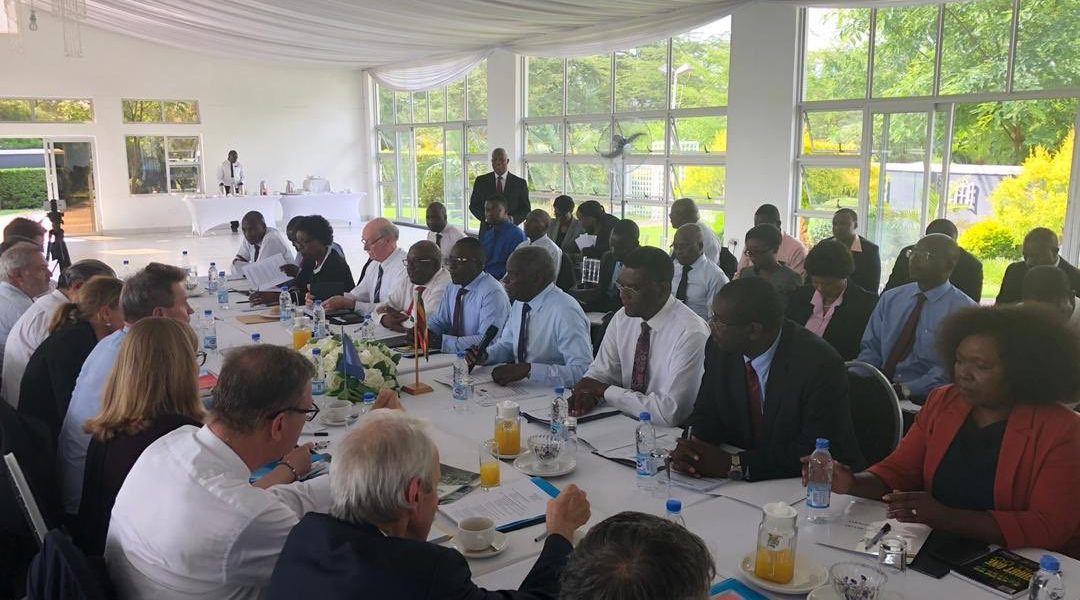 The meeting provided for the continuation of a wide-ranging engagement on priorities, shared objectives and areas for collaboration including economic developments, trade and investment; human rights, democratisation, rule of law and good governance; development cooperation; humanitarian impact and climate change as well as global and regional matters.

The Zimbabwean side briefed on progress in the Government’s political, economic, electoral and legislative reform agenda and highlighted the financial challenges faced in implementing these reforms.

The EU noted the existing economic and political reform challenges and expressed its wish to support Zimbabwe’s political and economic reform agenda, including the fight against corruption.

The two sides agreed on the importance of reforms and their benefit to the Zimbabwean people.

The two sides acknowledged the commitment to a national dialogue. The Zimbabwean side underlined the call by H.E. the President for all political parties to join the Political Actors Dialogue as a unity of purpose among Zimbabweans and political parties was central to the development of the country.

The EU expressed hope for a profound and inclusive national dialogue to develop a mutual vision for Zimbabwe’s path into the future.

Today’s meeting welcomed the recent developments between the EU and Zimbabwe, such as the additional USD 11 million in humanitarian aid to combat food insecurity announced in August and the additional USD 60 million of development aid to Zimbabwe in close partnership with the UN system and NGOs, to support the health sector and boost resilience in agriculture, announced in October.

The meeting welcomed the agreement by the EU and the five Eastern and Southern African States launch negotiations to deepen the scope of the interim Economic Partnership Agreement beyond trade in goods towards a more comprehensive partnership.

The formal Political Dialogue, which is now an integral part of the relations between the European Union and the Republic of Zimbabwe was conducted in an open, cordial and constructive atmosphere.