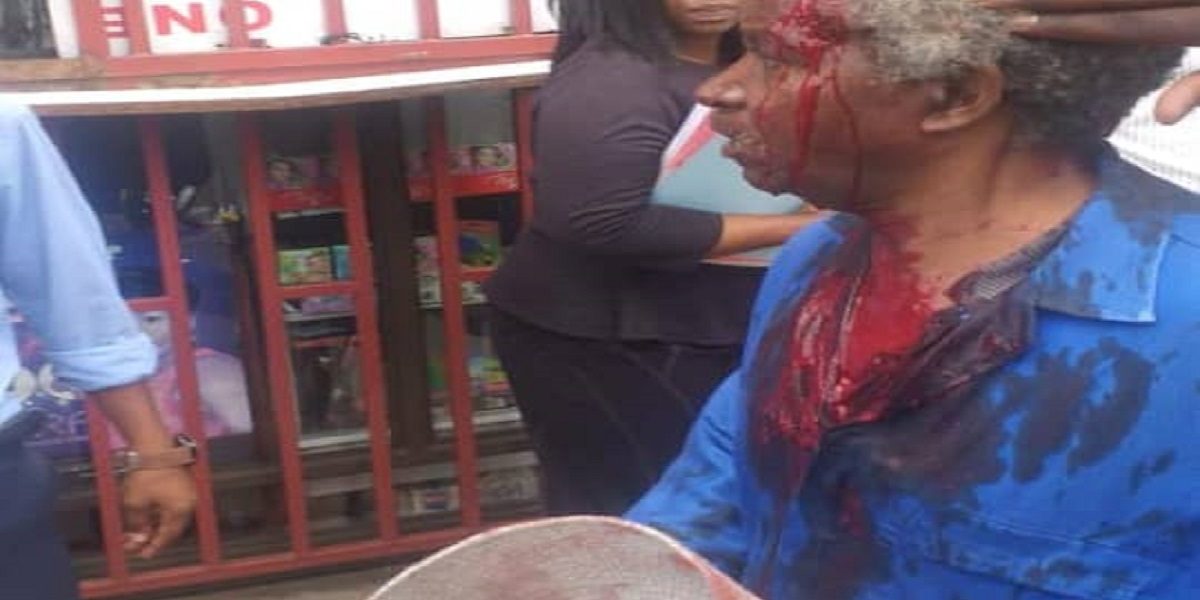 An elderly man who was seriously injured in the head on Wednesday when police officers violently dispersed a crowd of MDC supporters in central Harare is currently receiving treatment at a private hospital.

This was revealed by Kuda Musasiwa on microblogging site Twitter. He wrote:

Update on Sekuru Garapo: he was taken to a private institution by the MDC Welfare Department Head Maureen Kademaunga.

He received 90 stitches and is still an inpatient. Having spoken to his Doctor, she says he will be discharged in a few days once stable. He received 2 pints of blood.

Meanwhile, MDC deputy president Tendai Biti claimed that more than 40 citizens were seriously assaulted while 8 others were arrested during the same disturbances.

Also writing on Twitter, Biti called to order the “bandits and murderers” who have hijacked the liberation project. He wrote:

Over 40 persons were seriously assaulted yesterday and 8 were arrested. The liberation project has been hijacked by a phalanx of bandits and murderers.

It’s now an exhausted exercise that has outlived its usefulness. It must be held to account for its omissions and commissions.