Surprisingly, Gata was fired from the same parastatal and was given a package in 2006. See statement revealing Gata’s appointment. 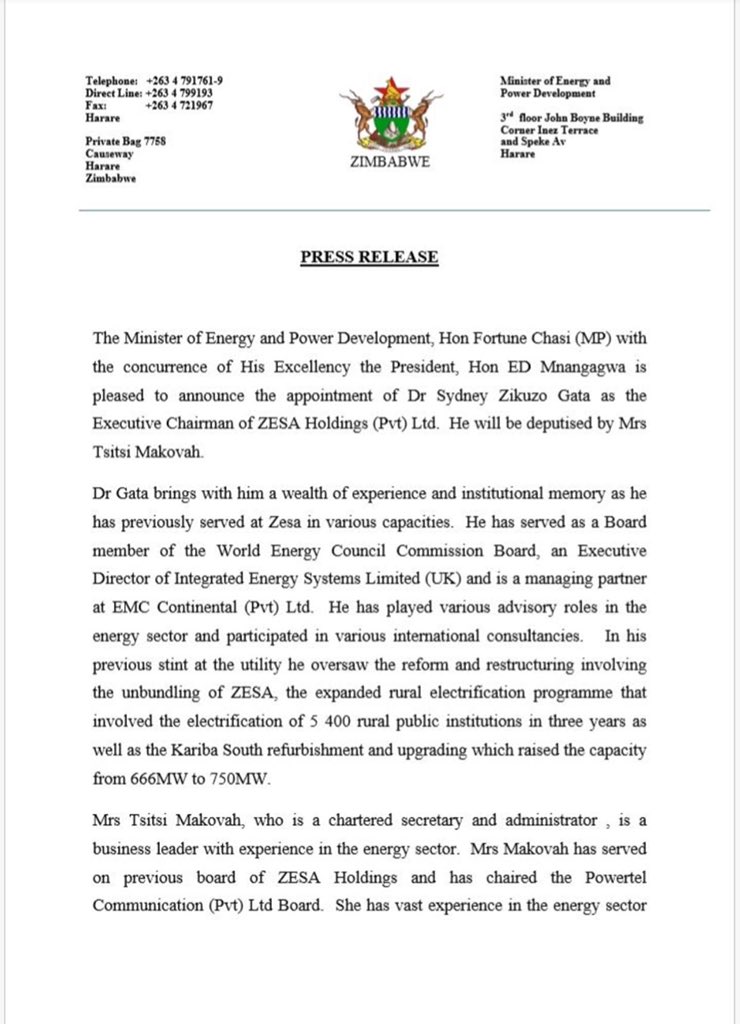 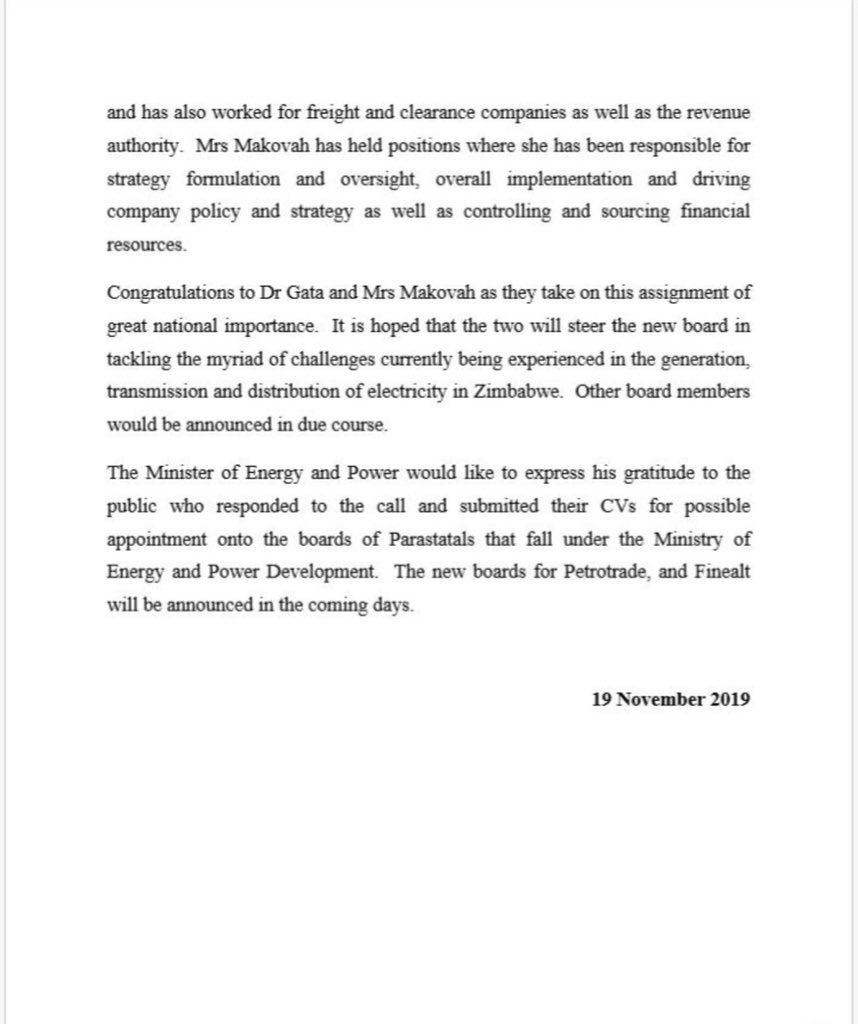