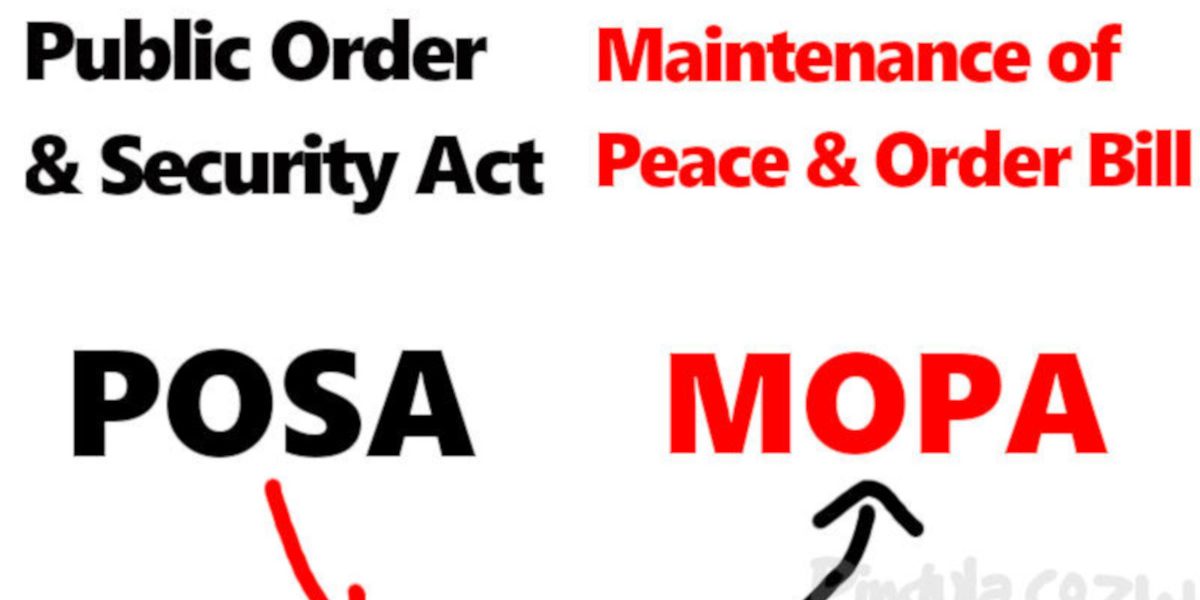 The opposition MDC led by Nelson Chamisa has said that the Maintenance of Peace and Order Act (MOPA) was the same old Public Order And Security Act (POSA) which MOPA sought to replace. POSA has been criticised for infringing upon human rights and freedom of association. We present the MDC’s statement issued after the government gazetted the MOPA.

Enactment of MOPA another missed opportunity for ED’s illegitimate regime

The enactment of the MAINTAINANCE OF PEACE AND ORDER ACT (MOPA) represents another missed opportunity for ED’s illegitimate regime to demonstrate that its claims that it is committed to genuine reforms are sincere and bona fide and exposes it for its hypocrisy.

MOPA is just the Public Order and Security Act (POSA) by another name and retains all the draconian provisions of the Law and Order Maintainance Act under the racist regime and reminiscent of the apartheid regime.

It does not add any value as it undermines the letter and spirit of the progressive Constitution that the people of Zimbabwe overwhelmingly voted for in 2013; particularly Section 59 which provides for the right to demonstrate and present petitions.

The people of Zimbabwe will not be hoodwinked by this charade and pretence that we are in a new dispensation as the people’s representatives in both the National Assembly and Senate brilliantly articulated the deficiencies of MOPA but were overcome by the tyranny of numbers and refusal of Zanu PF to put the interests of the country first by illustrating that indeed we are neither in a New Dispensation nor New Republic and hence there is nothing to celebrate.

The MDC is clear that the powers given to the Regulating Authorities are the antithesis of a democratic dispensation and the suppression fundamental rights constitute sanctions against the people and together with corruption bad governance and fiscal indiscipline, are responsible for the economic downturn and poverty and suffering which we have had to endure under this illegitimate regime.

We remain clear that the only way out of this quagmire is to acknowledge the fact that engagement and genuine dialogue is the precursor to the solution. As such, no amount of pontificating and propaganda will alter this ghastly reality. So the sooner the illegitimate regime realize this, the better for our nation.

But like an ostrich, they have decided to bury their heads in the sand and we will be seeing more of this pretence in future with other Bills brought to Parliament.

The MDC Members of Parliament will soon be presenting an alternative Legislative Agenda on critical areas such as Electoral Reform and the freeing up of the media and democratic space to show the way and direction that the country should take.