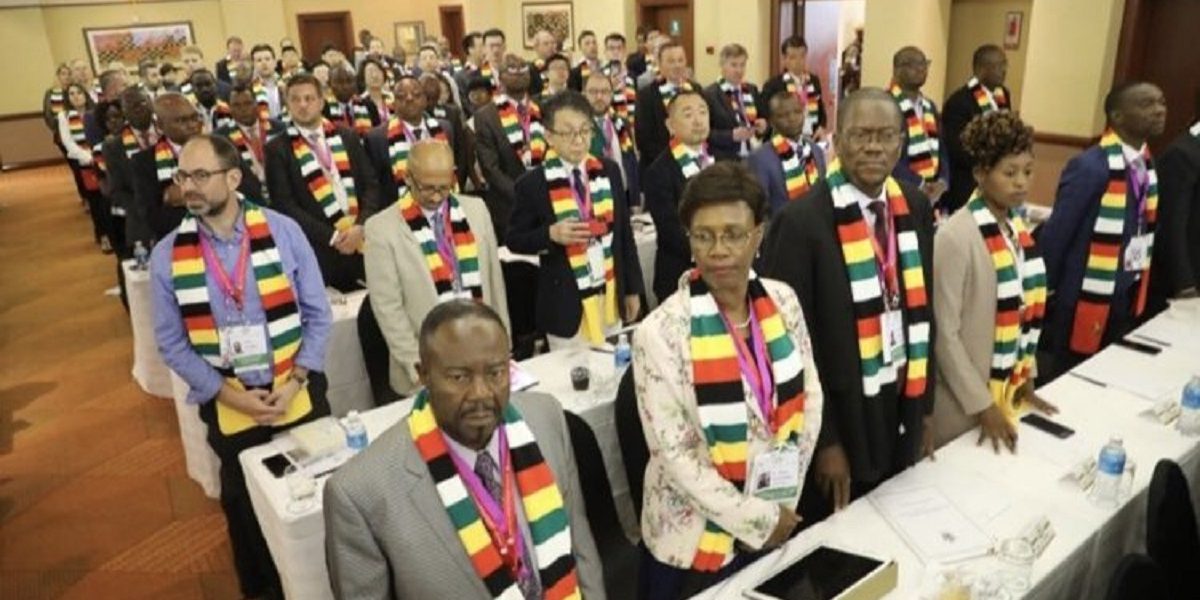 President Emmerson Mnangagwa has explained why he is always wearing his scarf despite criticism from his detractors over it.

The president said that he wears the scarf which bears colours of the nation’s flag only for identity purposes. He said

We want to belong to the family of nations. This is the flag of my country and we are proud to carry it.

There is no other meaning except that we want to be distinct and say we are Zimbabweans; we are proud to be Zimbabweans and in spite of what is happening to my country, we still remain proud.

Since the January 2018 Davos World Economic Forum meeting, President Mnangagwa has been wearing the scarf wherever he goes prompting his critics to come up with a plethora of theories.

For some, it boggles the mind that Zimbabweans gladly accept the national flag, but reject the same colours in a scarf simply because they do not support the President and ZANU-PF.