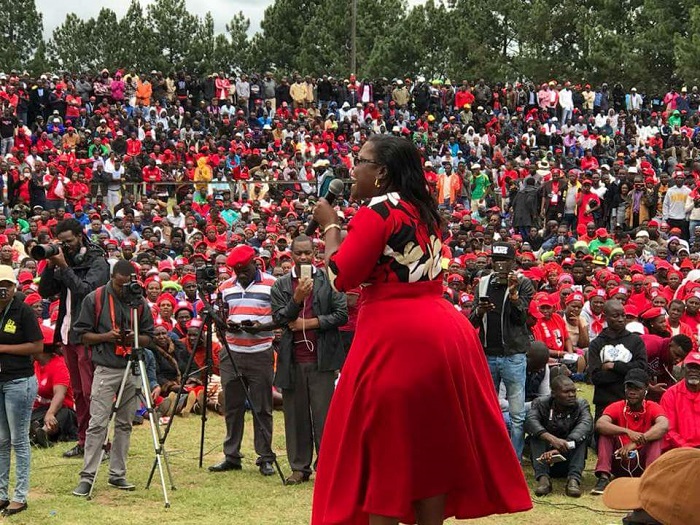 MDC acting president Lynnete Karenyi-Kore has urged Zimbabwean citizens to demand accountability from the government over the parlous state of the public health delivery system in the country.

Karenyi-Kore was addressing hundreds of MDC supporters at a rally in Mabvuku, Harare, over the weekend. She said:

For how long do we keep watching this failure which is claiming lives; a government that has failed to deliver health to its people; doctors not being paid; the hospitals themselves have the dilapidated infrastructure, making them unsafe for patients; and doctors who work in them?

Women are losing lives during birth and the child mortality rate is rising on a daily basis while those who claim to govern are firing all the doctors and their wives are celebrating home deliveries in this day and time.

Zimbabwean doctors have been incapacitated since the 3rd of September this year resulting in the public health delivery system grinding to a halt.

Instead of addressing the doctors’ grievances the government has responded by withholding salaries of those who have failed to report for duty and dismissing hundreds.