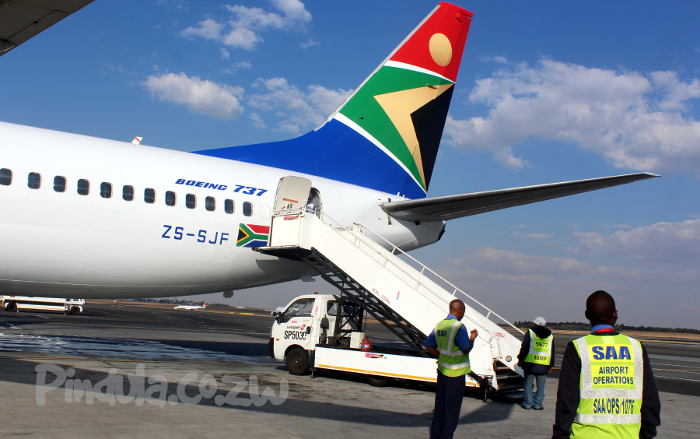 The union representing striking SAA workers have warned SAA passengers that their safety may be compromised because the airline has temporarily dispatched interns and temporary technicians who have no experience to fly their aircraft in a bid to control the damage caused by the strike.

National Union of Metalworkers of South Africa (NUMSA) spokesperson, Phakamile Hlubi-Majola warned the public not to use SAA especially during the strike by saying:

We are warning all passengers not to fly SAA because your safety is not guaranteed. Our members who are safety officers and technicians are on strike. We are warning the public that if they fly SAA during this strike they are putting their lives at risk. We ask the Civil Aviation Authority how they can allow such a situation to exist by deliberately placing the lives of the public at risk.

The SAA workers staged an industrial action against their bosses last week and since then the airline has been doing damage control including apologising to passengers and booking them on other airlines or giving them a full refund.