Team Pachedu has posted a photo they have captioned that it clearly states that the coup was about Zanu PF‘s survival and not about the welfare of the citizens.

According to these coup minutes, the coup had NOTHING to do with our welfare as citizens, but had EVERYTHING to do with the survival of ZANU-PF. The unconstitutional militarization of Zimbabwe’s politics what is holding hostage our progress as a nation. 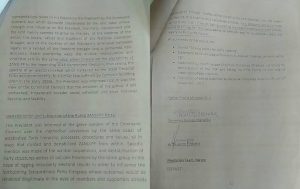 One Comment on “PICTURE: Proof That The Coup Had Nothing To Do With The Welfare Of Zimbabwean Citizens – Team Pachedu”