A photo of a little boy captured carrying “billions” of cash in bearer cheques in 2008 has been circulating on social media over the past several months after Zimbabwe’s economy spiralled into 3-digits inflation.

Now, eleven years later, a purported picture of the same multi-billionaire boy (albeit in the worthless paper) has surfaced.

The boy is now in his teens, clean and probably facing another era of hyperinflation in his short life. Below are the two photos juxtaposed: 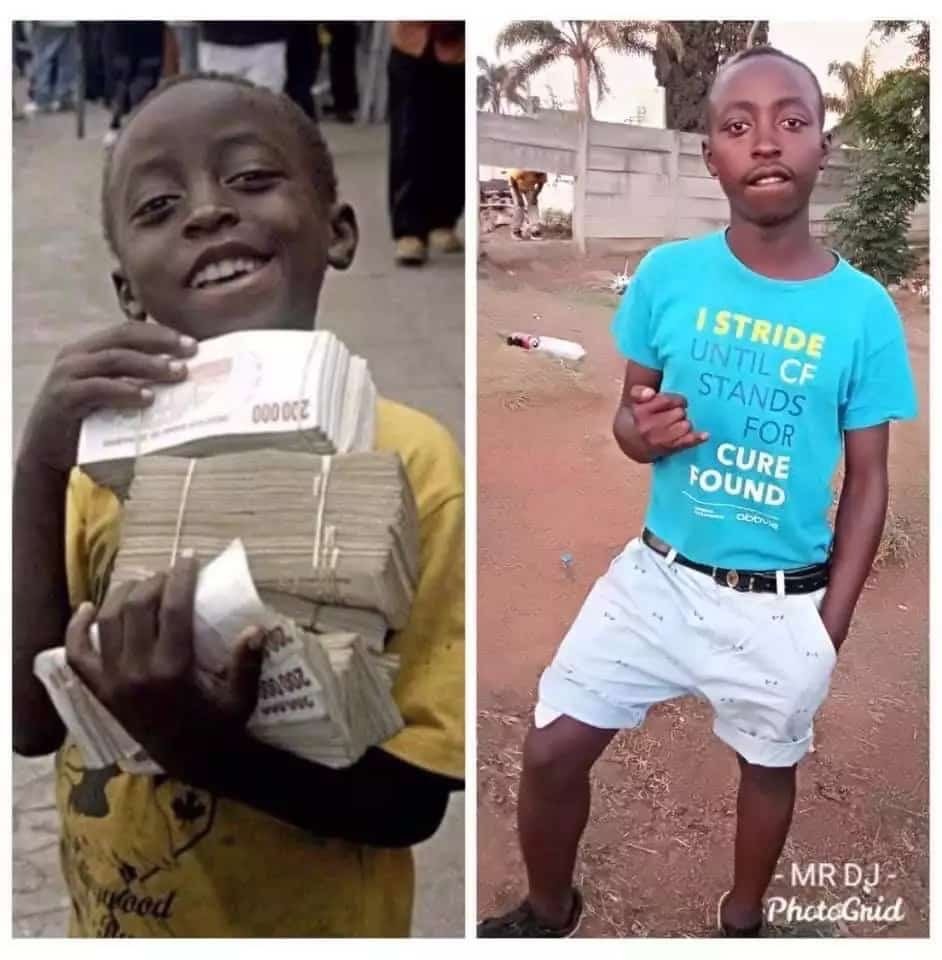