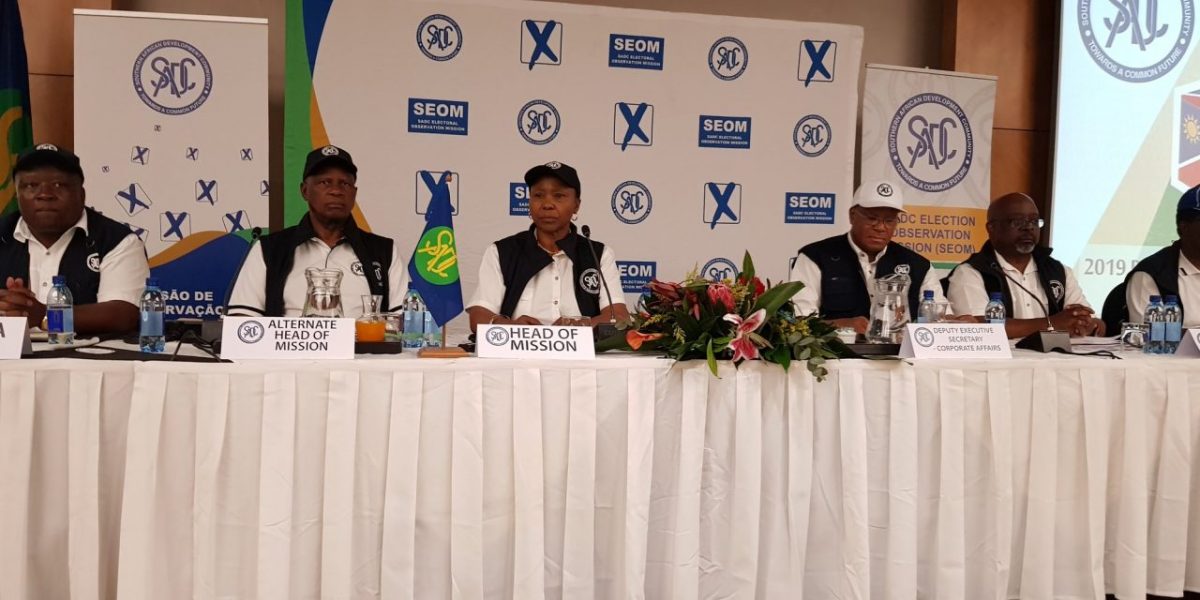 Zimbabwe’s Minister of Defence and War Veterans Affairs, Oppah Muchinguri-Kashiri, has launched the SADC Electoral Observation Mission (SEOM) in Namibia ahead of the 27th November 2019 elections.

Muchinguri-Kashiri is in Namibia at the appointment of President Emmerson Mnangagwa who is the SADC Organ on Politics, Defence and Security Cooperation (OPDSC) Chairperson. She said:

The central instrument for assessing elections is the revised SADC Principles and guidelines governing democratic elections (2015), which is not only informed by relevant conventions of the United Nations such as the Universal Declaration of Human Rights and the International Covenant on civil and political rights but also by the African Charter on Democracy, elections and governance (2007).

The 27 November election is the second in Namibia to use electronic voting.

A total of ten candidates are expected to run for the presidency, with the ruling South West Africa People’s Organisation (SWAPO) winning 80 per cent of the seats in the National Assembly in 2014.