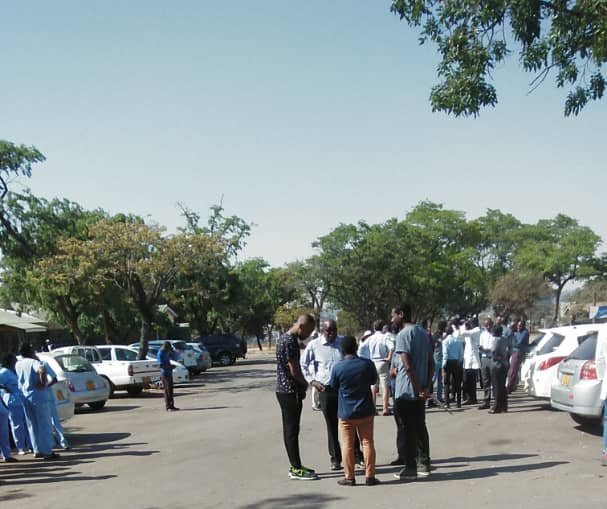 The Zimbabwe Hospital Doctors Association (ZHDA) has appealed to doctors who received their bonuses and November salaries to contribute towards the upkeep of their colleagues who were struck off the payroll.

ZHDA treasurer-general Tapiwa Mungofa said this following a last week’s meeting between doctors and officials from the Ministry of Health. Said Mungofa:

It’s two months now without salaries for troops in the trenches.

Doctors have been on strike since 3 September this year, demanding better salaries and improved working conditions.

The government has withheld salaries from those who have been on strike, with several hundred fired for absenteeism.