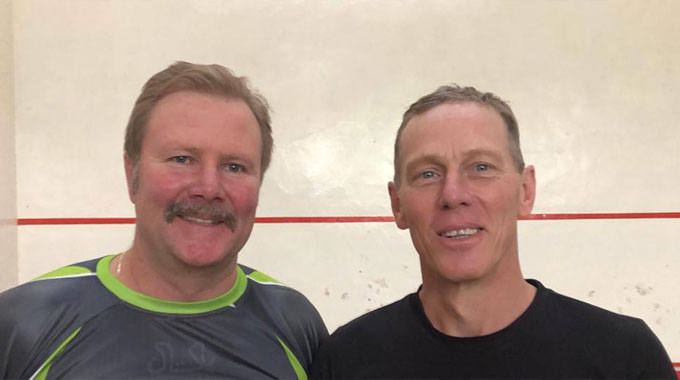 Mike Burns together with his playing partner Neil Nesbitt, are excelling in neighbouring SA’s Inter-provincial Masters doubles competition as they have won their section Sunday News reports.

The South African Masters, a yearly competition for squash players above 35 has another Zimbabwean Bulawayo duo, Darshan Vaghmaria and Kalpesh Parshotam, who came second in the same section.

It was a very good experience, very tight matches but some of the points went our way this year where they haven’t gone our way in previous years so we managed to pull through.

Experience from previous years helped a lot and we were just more consistent than other years, the luck of the certain points going our way, against Border it was 11-10, 10-11 and 11-10 so that gives you an idea of how one point the other way would have been a different outcome.

Burns and Nesbitt are both from Bulawayo, the Country’s second-largest city.