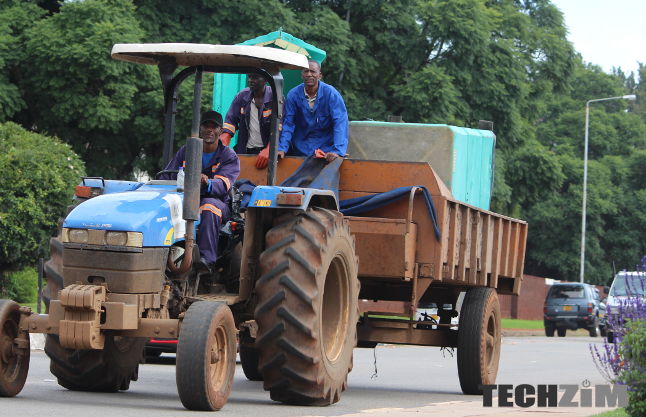 Due to the drought that made villagers lose their cattle in Matabeleland, the govt has come up with a tilling scheme that will see DDF dispatching tractors to till the land for villagers for free, Sunday news reports.

The free tillage program will see DDF tilling at least 1 hectare per household in Matabeleland. The development was revealed by Zanu PF Mat North Provincial Chair Richard Moyo who was addressing the PPC members when he said:

Because of the drought that has led to death of many cattle, Government has tasked DDF to plough for people. We are going to launch a tillage programme where each household will be getting at least one hectare of land tilled. Tractors are coming and they will be doing between 20 and 30 households per day. As MPs lets go and mobilise farmers in preparation for this

Zimbabwe is experiencing the worst drought in decades that has seen the death of 9000 cattle in some parts of the country and over 100 elephants at Hwange national park.