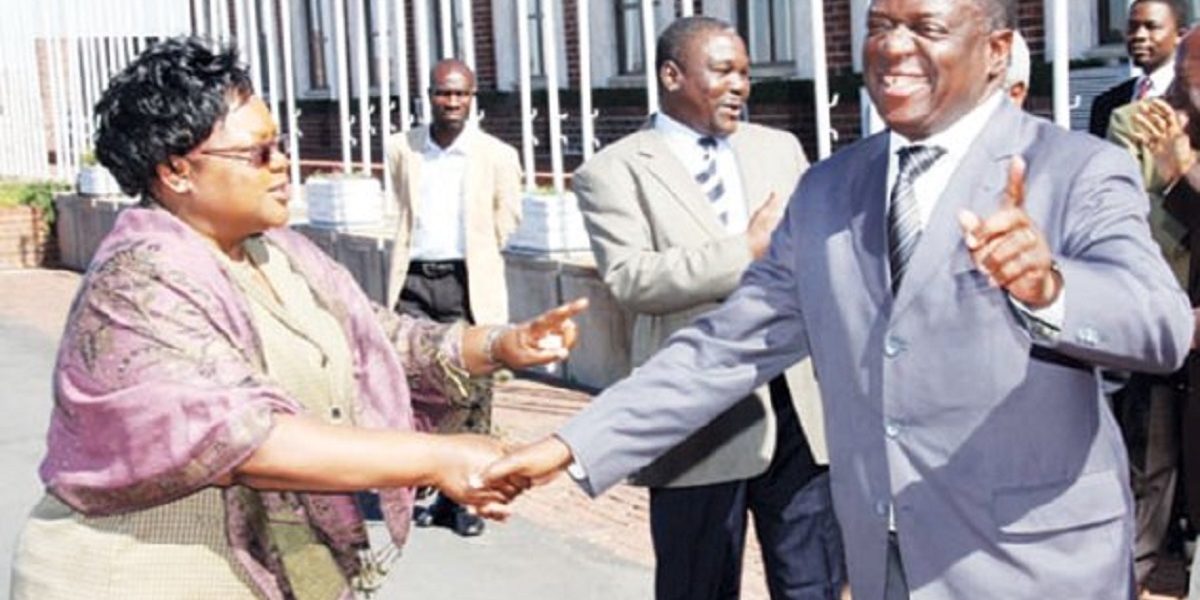 She’s not denying that an offer was made but that she’s accepted it. She’s under immense pressure not to accept it. Courtesy of state perks, she’s in Dubai to meditate over the offer!

The former higher and tertiary education Minister had earlier claimed that Mujuru is “happy to accept” the post which currently belongs to the ailing Constantino Chiwenga who is in China receiving medical attention for suspected poisoning.

After Mujuru responded to the claims saying “you are misinformed”, Moyo insisted that she had been offered the post. He said:

There’s no need to push the envelope here, unless it becomes necessary. I understand your position. It’s too early to come out. But it’s a known fact that the two of you met recently and that he sorted your pension issues out, before making the offer.

There have been rumours suggesting that Mnangagwa intends to replace his vice who has this year seldom appeared in the public prompting some to say that he was not fit for public office.