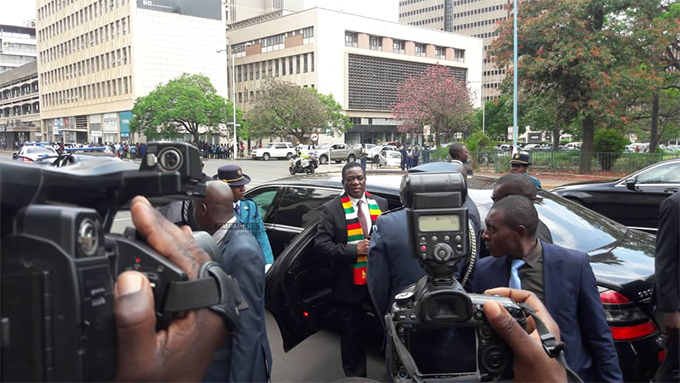 1529: Under the 2020 Budget, a fiscal incentive is being introduced to support employers who generate jobs for our young job seekers. Any additional job created will attract a percentage tax rebate to the employer, linked to the employee’s salary. This measure will reduce the employers cost of hiring young people through a cost-sharing mechanism with Government

1527: Government has approved the concept of the New City being constructed on 18 000 hectares of land in Mt Hampden with the New Parliament Building as the catalyst. A modern Conference Centre will be budgeted under the 2020 National Budget.

1525: The Devolution programme should embrace the Rural Growth Poles development model anchored by cascading Special Economic Zones to the respective growth poles. Growth Poles will be considered on the basis of comparative advantage of the area. Local authorities have, therefore, a greater role to play in promoting this model by developing the necessary infrastructure and investment mobilisation initiatives. Emphasis will be on ensuring that targeted Growth Poles have the necessary basic infrastructure of portable water and sanitation. The Central Government on its part will provide requisite fiscal incentives.

1509: Grain subsidies will be removed beginning next year to avoid abuse of facilities. Transport subsidies to continue to cushion travellers.

FinMin Ncube: The Zupco subsidy to stay. More buses to be purchased.

FinMin Ncube: In order to further remove unbudgeted subsidies, govt will apply a single exchange rate throughout all sectors of the economy to avoid implicit subsidies arising from the preferential allocation of forex, as was the case with fuel.

FinMin Ncube: Govt will pursue its new thrust on funding agriculture, from state-led to bank-led. Govt funding will be targeted at vulnerable groups under social protection programmes.

1459: Economic growth of up to 3 percent expected in 2020…2020 national Budget marks an exit from austerity to prosperity, says Prof Ncube. All civil servants to get bonuses in November.

1455: He says implementation of key infrastructure projects such as Hwange 7 and 8, RGM International Airport are on course. Cyclone Idai left about 275 000 in need of assistance.

1451: Prof Ncube says the Budget is a People’s Budget, whose theme is, “Gearing for Higher Productivity, Growth and Job Creation”.

“Austerity wasn’t retribution, national finances were in shambles and required re-balancing,” he says.

1448: Prof Ncube salutes the President and his Vice Presidents for invaluable support in ongoing economic reforms.

1446: MPs chant “ED Pfee!” as President Mnangagwa gets into Parliament.