The Reserve Bank of Zimbabwe has in a statement this Thursday threatened to take appropriate disciplinary action against Central Bank of Zimbabwe Holdings (CBZ) over alleged money laundering.

The statement is issued following the circulation of a picture of a bin container full of bond coins on social media.

Earlier, the central bank also issued a similar statement on Ecobank which had also allowed a single customer to withdraw ZW$15 000.

We would the to advise the public that this case has been investigated by the Bank and it involves a CBZ Bank customer. Investigations by RBZ at CBZ indicated that an amount of ZW$44,180 was withdrawn by one of their customers. In this regard, CBZ Bank together with their customer are now assisting the Zimbabwe Republic Police with further investigations.

As advised in our earlier Press Statement, appropriate disciplinary measures shall be taken against those bent on damaging confidence by placing such pictures on social media platforms. Such behaviour causes unnecessary anxiety and despondency within the economy. 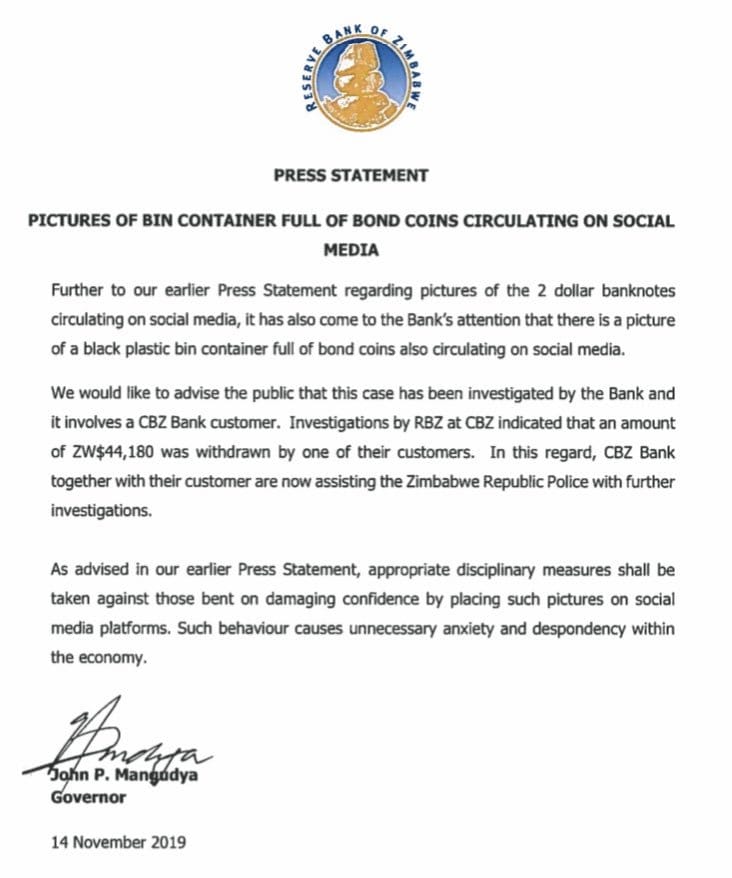