The Reserve Bank Of Zimbabwe has issued a statement over the image of new notes which circulated on social media recently. The central bank alleges that Ecobank is the bank which released the notes in question. See the full statement below.

PRESS STATEMENT
PICTURES OF NEW NOTES CIRCULATING ON SOCIAL MEDIA
The Reserve Bank of Zimbabwe (“RBZ”) has taken note of pictures circulating on social media that show recently introduced 2 dollar banknotes in sealed packs, suggesting that the notes are already being traded on the parallel market.

Appropriate disciplinary measures shall be taken against the bank and the customer and anyone else found responsible for such malpractices which bring the RBZ and the entire banking system into disrepute. Such malpractices cannot and should not be condoned.
In the meantime, the Bank would like to advise the public on how banks withdraw cash from the RBZ. The procedure is such that banks transfer the equivalent amount of their cash requirements to the RBZ through the RTGS system. The banks will then collect the cash from the RBZ to their central cash depots from where they distribute to their branch network. 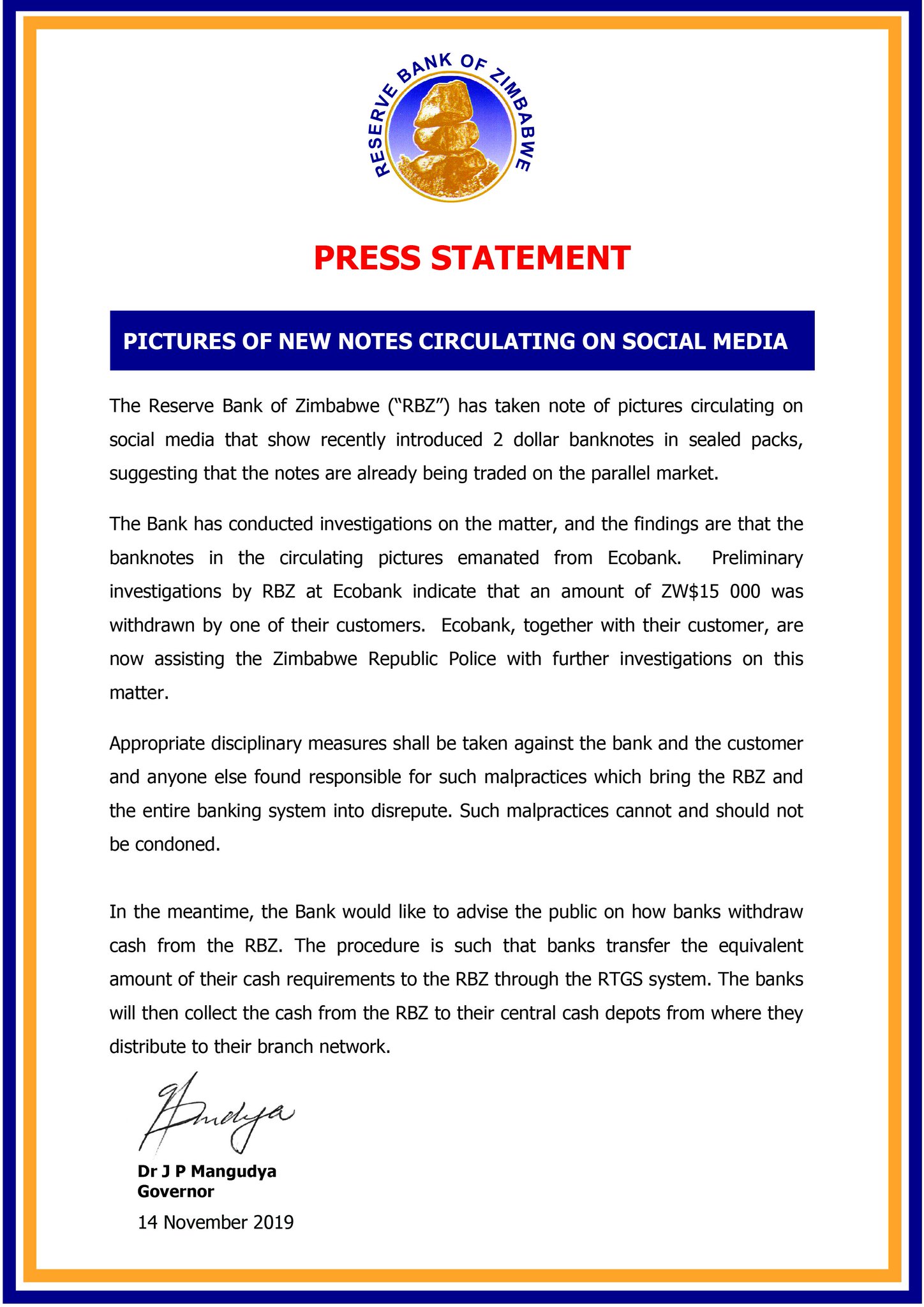 One Comment on “FULL TEXT: RBZ Issues Statement On “Picture Of New Notes On Black Market””