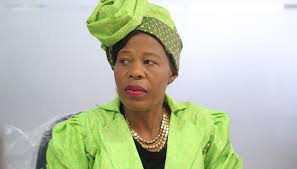 The president of the little-known Divine Alliance for Vitalisation of Inspired Development (DAVID) opposition political party, Melbah Dzapasi, says individuals convicted of corruption should be sentenced to death.

In an interview with The Herald, Dzapasi called for deterrent sentences to eradicate corruption. She said:

If we had it our way as a means of fighting corruption, we would take the radical action of bringing back the death sentence for all those who partake in corruption.

… In my opinion, corruption has become a moral deficiency among Zimbabweans as it has now spilt to the private sector and even the Judiciary.

Dzapasi’s remarks come at a time when the Zimbabwe Anti-Corruption Commission (ZACC) said that it is investigating 44 serving and former Cabinet ministers, permanent secretaries, parastatal bosses and legislators for corruption.

Some analysts have, however, characterised the ongoing anti-corruption crusade as a “catch and release” charade.

3 comments on “Opposition Politician Says Corrupt People Should Be Hanged”