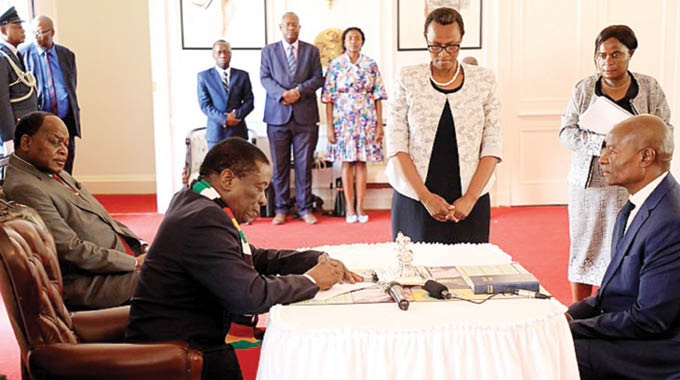 Newly-appointed Minister for National Housing and Social Amenities Daniel Garwe said that under his tenure, the construction of houses on undesignated state and council lands and without the necessary amenities being put in place, will not happen.

Garwe was speaking to the media soon after being sworn in by President Emmerson Mnangagwa at State House on Monday. He said:

We don’t want people in urban areas to build pit latrines, small wells. That must be something of the past.

We must provide services first before the house is built. By services, I am talking about the road networks, the sewer lines must be in place first.

The construction of illegal structures on undesignated land has been rampant across the country over the past decade. The scourge has often been blamed on “land barons” who take advantage of desperate people to parcel out the land which does not belong to them.

Local authorities have often reacted by razing to the ground the structures, the most infamous of such moves being the 2005 Operation Murambatsvina which was spearheaded by the central government and according to the United, Nations, it left 700 000 homeless.