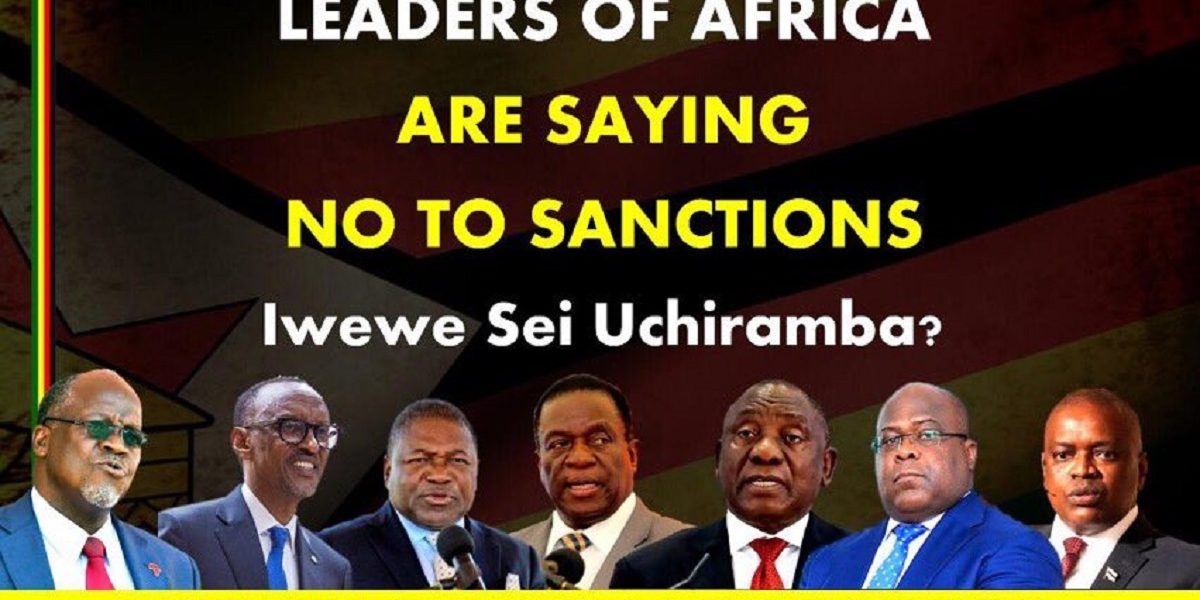 An opinionist in the Herald has said its time to find measures to combat sanctions imposed on the country by the US. The Opinionist opined:

The call for the imposition of such heinous sanctions was amplified by the MDC of Morgan Tsvangirai, rogue civil society outfits and the Zimbabwe Congress of Trade Unions (ZCTU), whose rank and file was pivotal in drafting the sanctions Act by the USA which is known as the Zimbabwe Democracy and Economic Recovery Act (ZIDERA).

Actually, the prominent legal minds from the MDC which has morphed into MDC-Alliance assisted in the drafting of the sanctions Act against Zimbabwe.

The world must be aware that inasmuch as October 25 was supposed to unite the nation in denouncing these sanctions, Messrs Tendai Biti, Nelson Chamisa and the rank and file in MDC-A have remained the stumbling block to Government and regional efforts to have sanctions against Zimbabwe removed.

The region must know that at the beginning of each year, the same culprits are called to the US to justify continuation and renewal of ZIDERA, something which they have publicly prided themselves in.

Zimbabwe needs to follow the footsteps of other countries that have faced similar challenges but have used strong reprimanding and punitive legislation to stop, penalise and criminalise nefarious political conduct.

The systematic renewal of ZIDERA and sanctions against Zimbabwe by the US despite spirited and genuine re-engagement attempts by President Mnangagwa and his Government is a clear slap on the face of our people and exposes US hypocrisy and her unrepentant indulgence in regime change politics nurtured around the MDC-Alliance. That this country is a product of blood and the sword of precious lives that perished to defeat imperialism and colonialism should never be forgotten, but must always be the hallmark of vigilance in defence of the national interest.

As such, the Parliament of Zimbabwe must rethink, in the national interest, ways of deterring threats by individuals, groups or entities who mobilise and lobby hostility against the state and its people. Legislation is the modern way of dealing with culprits who mobilise hostility and sanctions against the country, a situation that has left the country in perpetual grief.

However, the US and the EU have maintained that the sanctions do not harm ordinary citizens.

2 comments on “OPINION: Its Time To Hit Back At The US And Its Puppets”