Fly Air Zimbabwe has responded to pictures circulating on social media purported to be belonging to the airline. Posting on Twitter, the airline said:

We are aware of this false message circulating on social media and we wish to correct this misrepresentation:
The picture below is not a ticket nor is it our boarding pass.
The ticket number prefix “169” below is not part of the@FlyAirZimbabwe ticket sequence.
The JNB/VFA route has not been re-introduced yet thus not on current schedule. An official announcement will be made once route is operational.
The flight number cited does not exist on our UM flight codes for the mentioned JNB/VFA route.
Boarding passes are produced electronically by a Ground Handling company at the respective airport and NOT by @FlyAirZimbabwe
This fake message should thus be totally disregarded. DM for any further inquiries.

Below is the picture circulating on social media. 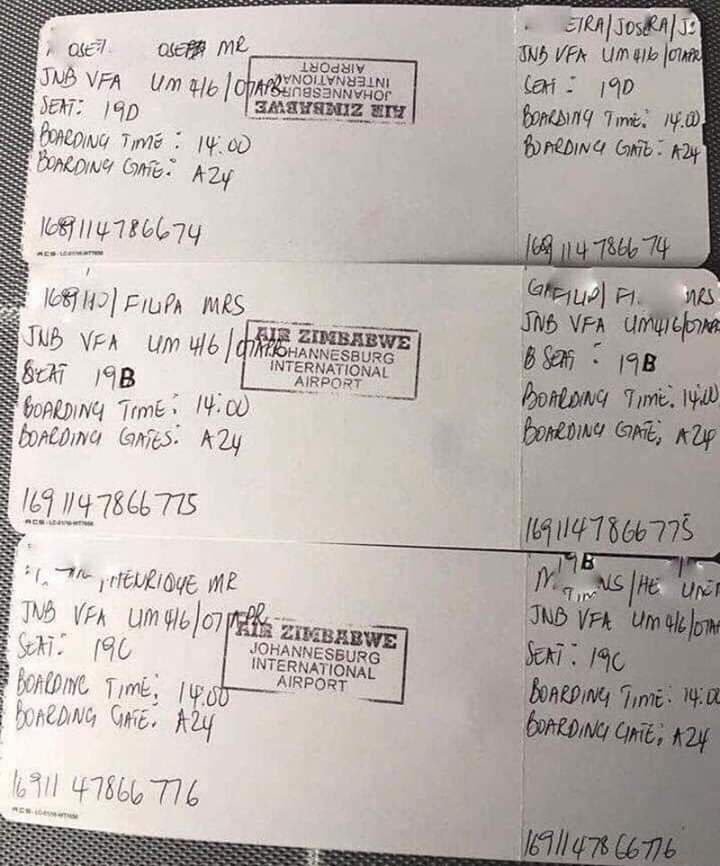