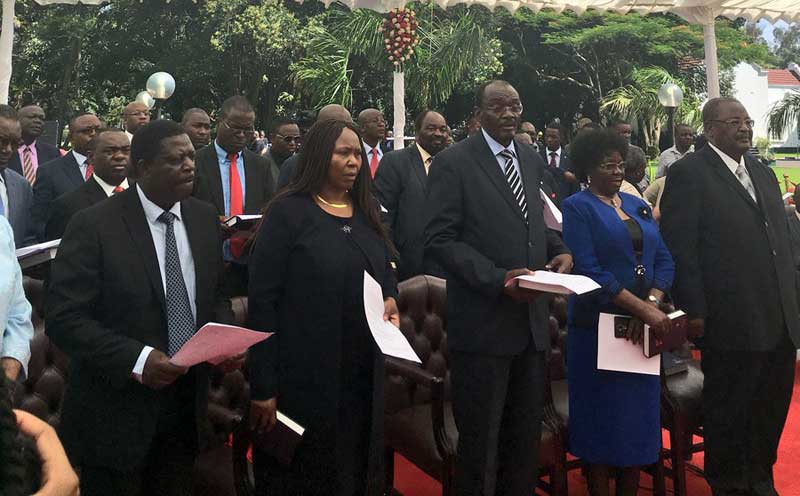 President Emmerson Mnangagwa’s cabinet mini-reshuffle last Friday has been viewed by analysts as an abandonment of the Unity Accord.

For the first time since the Unity Accord was signed in 1987, there is no former PF ZAPU member representative in the security cluster. Southern Africa Political Economy Series (SAPES) executive director, Ibbo Mandaza, had this to say:

They have since forgotten about that. They are now doing as they wish.

There’s no more PF Zapu factor in Zanu PF. They are no longer following that norm.

The Unity Accord was an agreement signed between ZANU PF, then led by Robert Mugabe and PF ZANU, then led by Joshua Nkomo on 22 December 1987 to end the Gukurahundi massacres in the Midlands and Matabeleland provinces.

One Comment on “‘Cabinet Reshuffle Shredded The Unity Accord’”