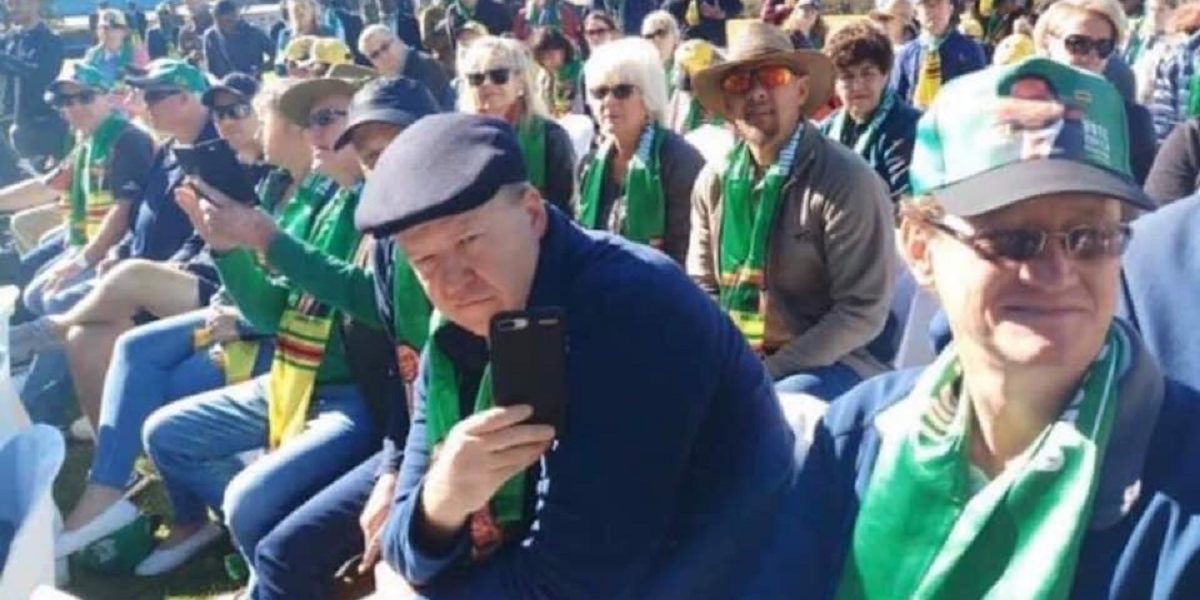 USA-based Dr Noah Manyika, the president of Build Zimbabwe has called upon the white community in Zimbabwe to join the black community in fighting against the ZANU PF government which he calls “the Oppresser”.

He said that the white community was once fooled into believing that President Emmerson Mnangagwa can guarantee their interests when he was failing to guarantee those of the majority. Below is Manyika’s full twitter thread.

Shortly after the coup, E.D organized a meeting with the White community. Many came back from it completely besotted and donning the scarf. They had found the best protector of their interests, his 37-year record notwithstanding.

It didn’t seem to matter to many of them that this was the same man who oversaw Mugabe’s instruments of repression as Chair of the Joint Operations Command for decades.

It was lost on them that the same instruments of repression that had brutalized many innocent Zimbabweans, including farmers some of whom had lost not just their property but their lives, had finally brought Zimbabwe’s most feared men to the throne.

In the euphoria of the toppling of Robert Mugabe, I heard many who had been sympathetic to our cause say it was over. ED was the best guarantor of stability and their safety. After all, Catriona Laing said so.

All of a sudden, the obvious truth that the best protection for the interests of those in the minority was not going to be in E.D’s private promises to them, but the wholesale reforms that would ensure everyone was treated the same under the law, became a relationship breaker

Our nightmare will only end when we seek the protection of everyone’s interests. Make no mistake about it, the same government that will shoot innocent citizens exercising their constitutional right to protest will turn a blind eye on the eviction of a white farmer from his land

The same government that will let people die in hospitals rather than address the legitimate demands of the striking doctors will allow vendors to be beaten and stripped of their wares.

Their incompetence and corruption will affect us all. Today the Security Services might celebrate getting the biggest chunk from the Budget, but at our rate of decline, history shall soon repeat itself and we shall once again see Zimbabwean trillionaires living in abject poverty

In the English language, a palindrome is a word that reads the same backwards and forwards. Allow me to leave you with somewhat of a palindromatic (palindromic) truth that can only lead to our total emancipation if we apply it both ways:

We must disabuse ourselves of the delusion that Eddie Cross’ presence on some RBZ committee or Kirsty Coventry’s inclusion in (the) cabinet is all the proof minorities need that E.D. and Zanu(PF) have changed.

2 comments on “FULL THREAD: “We Must Be In This Together,” Whites Warned Against Trusting ED”