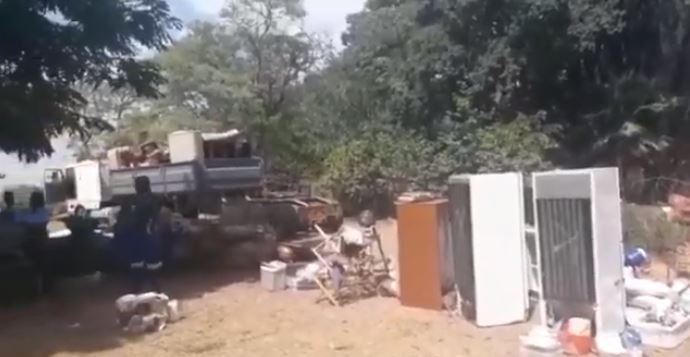 Legal expert and political commentator, Alex Magaisa, opines that the government of Zimbabwe is “hitting back” at the United States of America through the recent eviction of a white farmer, Gary Hensman from his farm in Chinhoyi.

The government issued a hard-hitting statement directed towards the US after its ambassador to Harare, Brian Nichols, told the government to eschew corruption and not blame sanctions for Zimbabwe’s economic woes.

According to Magaisa, hitting back at the US is unwise as it will hurt the Zimbabwe government and its people. Writing on Twitter, he said:

The forced removal of commercial farmer Gary Hensman with the connivance of the State is by no means a random act. It is a deliberate response to the furore over sanctions and the addition of the State Security Minister on the targeted sanctions list by the US.

The regime thinks it’s flexing some muscle to the US. But it’s only hurting itself and the people. To the world, it’s yet another act of lawlessness and utter disregard of property rights. Investors might ignore other risks but the loss of property by arbitrary acts is a big turnoff.

The English have a saying: you don’t cut off your nose in order to spite the face. Our ancestors had a version of this wisdom: one should not behave like the cricket, they said, which in a pique of anger, throws a tantrum and breaks its legs forgetting it will need them tomorrow.