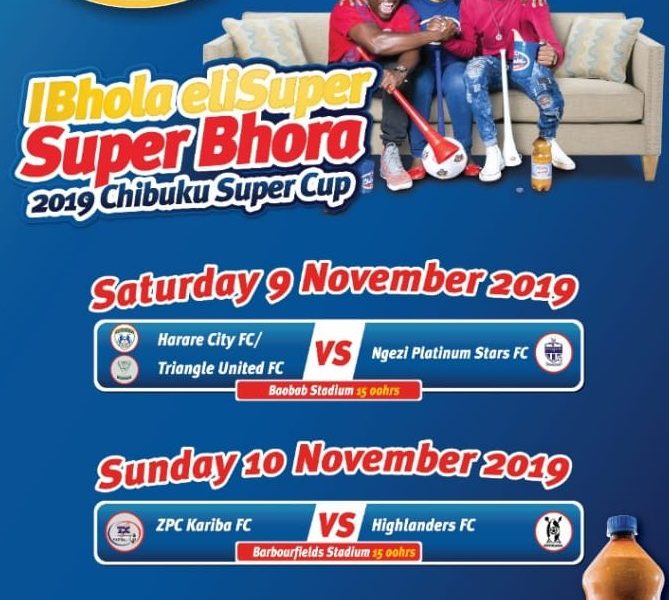 The Castle Lager Premier Soccer League has confirmed the dates and venues for the Chibuku Super Cup semifinals.

The winner between Harare City versus Triangle United will play Ngezi Platinum at Baobab Stadium on Saturday 9 November 2019.

In the other semifinal, ZPC Kariba will lock horns with Highlanders at Barbourfields Stadium on Sunday 10 November 2019.

Meanwhile, the Triangle-Harare City quarterfinal clash will be played at Rufaro Stadium in Harare on Wednesday. The match was delayed due to the Sugar Boys’ involvement in the CAF Confederation Cup.