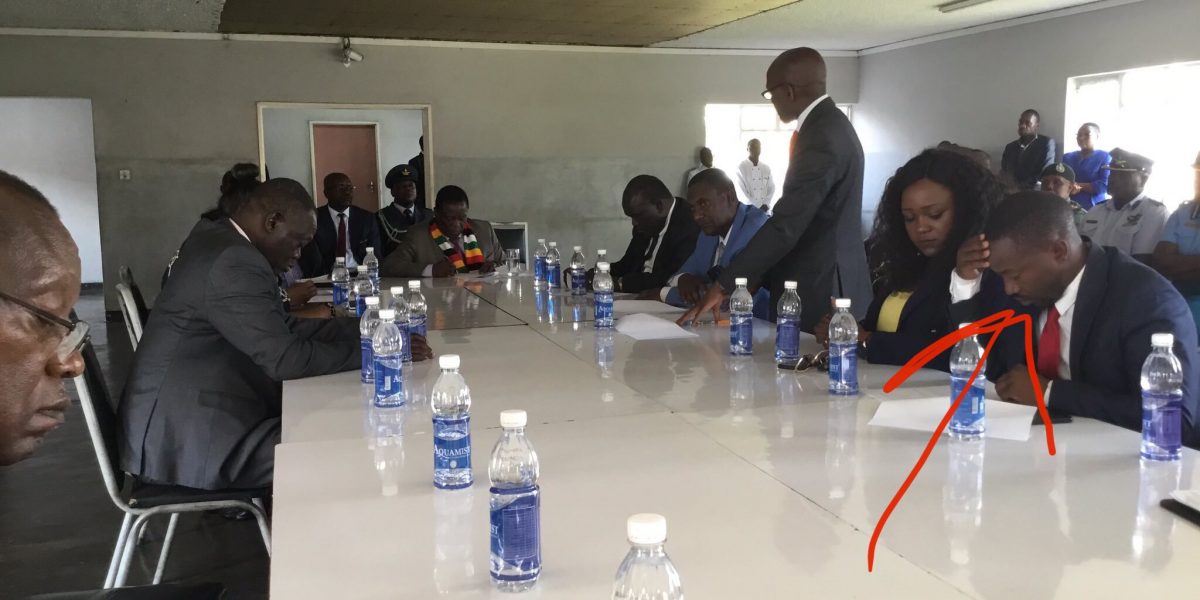 MDC secretary for elections, Jacob Mafume, has responded to a ZANU PF apologist on Twitter (mmatigary) by separating what is legitimate and what is not in Zimbabwe.

Mmatigari had accused Mafume, a Harare councillor, for attending a function at Morton Jaffray Waterworks that was presided over by President Emmerson Mnangagwa. MDC does not recognise Mnangagwa. Wrote Mmatigari:

Being silly is hard. Being a numskull is worse. There is nothing worse than being a silly, broke numskull.

He has been at the forefront of questioning his legitimacy.

In response, Mafume told the character behind the “ghost account” that it is Mnangagwa who is illegal, not the water. Wrote Mafume:

Even illegimate leaders have to get water. We give water to MDC and ZANU alike. Water is a legitimate issue ED is not.

One Comment on “Water Is Legitimate, ED Is NOT; MDC Official Tells ZANU PF “Ghost””