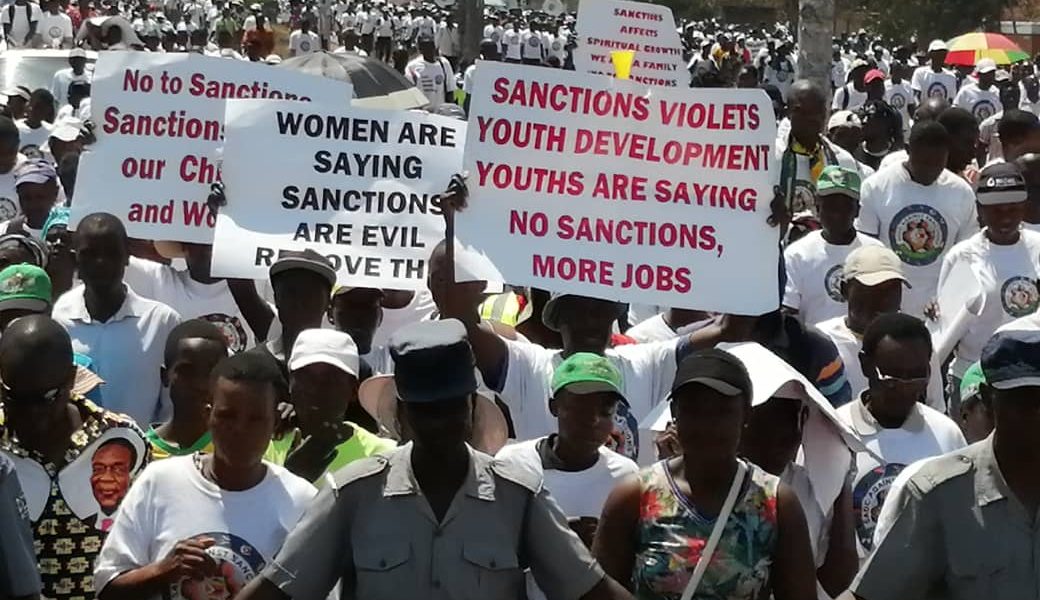 The October 25 anti-sanctions march has been described as a huge strategic blunder on the part of President Emmerson Mnangagwa as it will likely harden the United States of America’s stance towards Zimbabwe.

Observers who spoke to the Daily News said that the sanctioning of Zimbabwe’s security minister, Owen Ncube, a few hours after an anti-sanctions rally at the National Sports Stadium could be the beginning of the end of Zimbabwe’s much-needed restoration of its cool relations with the US and the European Union.

The government of Zimbabwe chose the slippery path of confrontation by denouncing the US as the author of all the country’s economic and social problems.

The US ambassador to Zimbabwe, Brian Nichols, spent the greater part of the day trolling the government of Zimbabwe on social media, something which did not go down well with Harare.

Earlier in the week, Nichols had been interviewed by a local media mogul, where he absolved his country of the allegations of destroying Zimbabwe’s economy through economic sanctions.

In fact, Nichols went on the offensive, saying that corruption and the lack of socio-economic and political reforms, as well as human rights abuses, are Zimbabwe’s Achilles heel.

One Comment on “‘Anti-sanctions March Was A Strategic Blunder’”