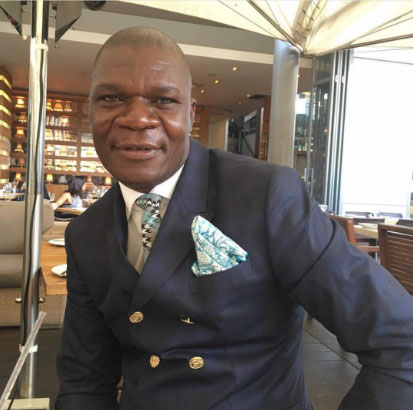 Popular socialite Roland Muchegwa who caused a media frenzy a few weeks ago has a violent side to him and only left Zimbabwe because he was facing arrest, ZimMorning Post reveals.

Uncle Roland is reported to have assaulted his ex-wife’s lover who had then lodged a complaint against him and he didn’t appear in court till a warrant of his arrest was issued and he skipped the country into South Africa in a bid to evade the arrest.

Zim Morning post qouted a source who wanted to remain anonymous and said:

Roland is a violent man, he assaulted Michelle and he was also in the habit of beating up anyone he suspected of making moves on Michelle

H Metro on 4 December 2017 published a story which read in part:

Uncle Roland has been trending in both Zimbabwe and South Africa over his photos where he is always surrounded by beautiful women, The photos have earned him a nickname Roland Wabantu on Facebook.