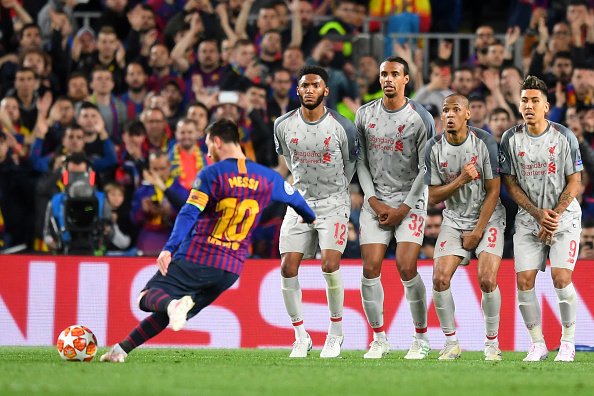 Messi reached the milestone on Tuesday night in a 5-0 demolition of Real Valladolid in La Liga.

The goal was the Blaugrana’s third of the first half, following strikes by Clement Lenglet and Arturo Vidal.

The 32-year-old’s goals were his 100th and 101st for head coach Ernesto Valverde.

Meanwhile, 44 of Messi’s free-kick goals have been scored for Barcelona with the remaining 6 coming for his country, Argentina.

The leading free-kick scorer of all time is former Lyon star Juninho Pernambucano who scored 77 in his career, followed by compatriot Pele who scored 70, while Ronaldinho, also from Brazil, is tied with Victor Legrottaglie on 66.