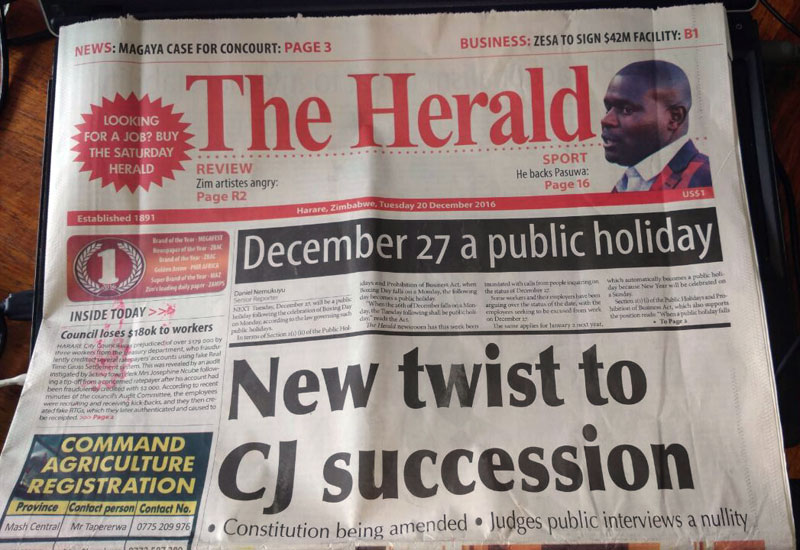 Zimlive has been told some of the reasons behind Zindoga’s sacking. The publication’s source said:

… there was his rather dramatic move to demote senior reporters and send them to the provinces, which did not endear him with the newsroom.

Finally, there are whispers about his trip to South Africa last week where it is said he met an undesirable character. I don’t know who, but it clearly appears to be the trigger.

He replaced Joram Nyathi who was sacked in February after he reportedly failed to put pictures of President Emmerson Mnangagwa on the front page after he returned from a foreign trip.