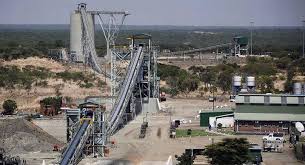 The management and employees at Mimosa Mine have reportedly defrauded the miner a shocking $700K by forging acting allowance forms for the past 7 years Mining Zimbabwe reports.

The salary fixing scandal saw some employees claiming salary allowances for over 70 employees each employee reportedly getting $300 but these allowances never went to the respective employees but to the employees and managers in question’s pockets.

According to the source that spoke to the publication:

Since 2012 these individuals bypassed the payroll and salary department to get allowances for every employee of the Mine as they saw a loophole through complicity.

One employee from our department brought 40k USD to the management, the amount he said has been paid for the duration of the scam saying that he kept it because he knew this would be brought to light.

37 employees have been dismissed from the mining company following the scandal. Mimosa is one of the country’s largest platinum mines which operate in the country’s Midlands province.