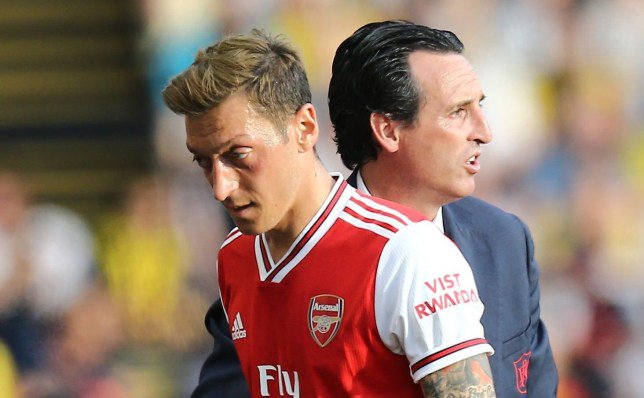 Arsenal manager Unai Emery says the decision to drop German midfielder Mesut Ozil from successive match-day squads was taken by the club as a whole.

Speaking to the media ahead of Sunday’s English Premier League clash against Crystal Palace at the Emirates Stadium, Emery said that this is not the right time for fans to know what is happening. He said:

Here, we have one agreed strategy as a club and a team. Because the most important thing is the club, the team and finding a performance.

Previously we were all speaking between us to take that decision. I know all the supporters want to know something but now is not the moment. I think it is not the moment to speak about him.

Ozil, by far Arsenal’s highest earner, has made two appearances in all competitions for the Gunners this season and has not been included in the matchday squad since September.