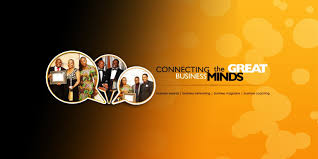 DR Tafadzwa Matsika the CEO of Megafest Business awards narrates how the Megafest awards came to be to the Sunday News. He said the idea came to him after he was told to rectify his academic error of wanting to study leadership in South Africa yet there were leaders in Zimbabwe according to his professor.

DR Matsika narrated how the idea of the Megafest awards was born and said:

…I worked a lot with Dr Bloch, he told me that I must come up with some sort of incentive to recognise these people by coming up with the awards, different awards from other business awards by looking at the work of those people who might not be big in society but who are working hard. People used to ask how we identified the winners but through Dr Bloch and his inner business connections we would identify an individual, study his/her work throughout the year and then three weeks before the awards we write to him/ her telling him/ her that we have been studying them and has been nominated for an award

Megafest Business awards have been in existence for 12 years now and they have attracted many corporate sponsors and crowned many business leaders to date.