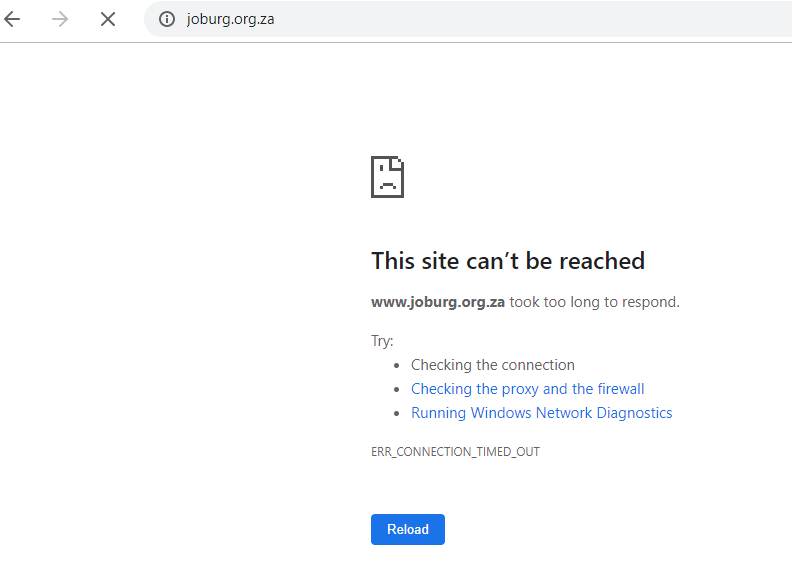 The City Of Johannesburg website was reportedly hacked and the hackers are demanding that the city pay them close to R400K for them to regain control of their website Eye Witness News reports.

The hackers who are calling themselves Shadow Kill Hackers have demanded that the city pay them 4 Bitcoins which are 1. difficult to trace, 2. Will cost the city about R400000.

The City published the following statement saying their cybersecurity department was investigating the hack and they had shut down their e-government services and billing systems. 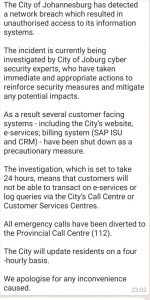 Its the second time this year the city of Joburg website has had hacking issues. Sometime earlier this year their systems were attacked by a virus which corrupted part of their databases according to the same publication.