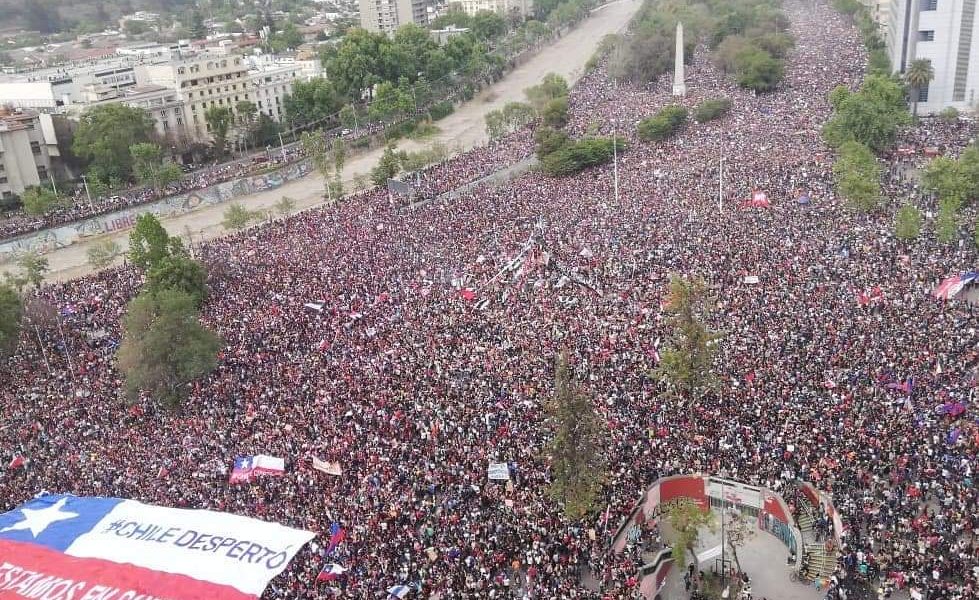 Over one million people took to the streets of Chile’s capital, Santiago, on Friday calling for huge social and political change in the country.

The huge protest followed a week of widespread and at times violent unrest over inequality. In a Twitter post on Friday night, Chilean President Sebastian Pinera said:

The massive, joyful and peaceful march today, where Chileans ask for a more just and supportive Chile, opens great paths for the future and hope.

We have all heard the message. We have all changed. With unity and help from God, we will walk the path to a Chile that’s better for everyone.

The Chilean government has however responded with heavy-handedness, with armed forces being deployed to quell the unrest.

Reports indicate that at least 19 people have been killed, and more than 3,100 detained.