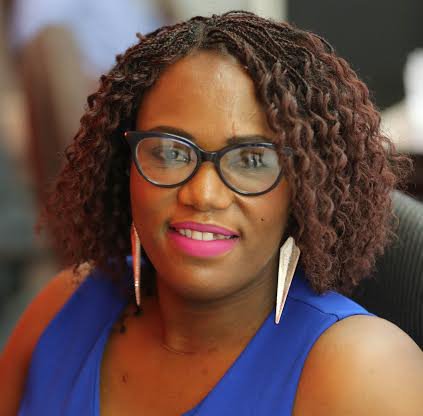 The vicious personal attacks that Faith Zaba suffered following her appointment as Editor of one of Zimbabwe’s leading newspapers was unprecedented in the country’s media history.

The shameful assault of a colleague — based largely on petty gossip in the industry — had very little to do with her qualifications for the job, her work record or potential as an editor.

So it’s 2019 and some Zimbabwean journalists — mostly men — are unwilling to tolerate female media managers rising to take up the mantle at our major media houses. Stereotypes still cloud our perceptions of appointments, task performance and our biases.

Faith Zaba, a veteran female scribe smashed through a thick glass ceiling in the media industry this month, becoming the first woman to assume the editorship at the weekly Zimbabwe Independent.

The moment the appointment of Faith was made WhatsApp, Facebook and Twitter lit up with complaints about her promotion.

On some journo media WhatsApp groups, a lot of sexually abusive language was used. They hurled insults and complained bitterly about her appointment.

Women in media are used to men criticizing them. On Fay’s appointment, a lot of things they don’t like about her were said.

Is the hate something to do with jealousy hating everything to do with the appointment of women in the media? They should tell us honestly. The backlash was severe, with some mainly male colleagues whining bitterly on information drawn from gossip.

To their credit, some male colleagues joined a majority of women journalists in criticising those who we waging attacks on Faith, pointing out to their hypocrisy.

For all we know is that Fay is a seasoned journalist. She has risen through the ranks in the industry to her latest position at the Zimbabwe Independent, much the same way as some of his male compatriots have done so in the past without the accompanying noise and criticism.

The negative online reaction to Faith’s appointment was steeped in sexism with comments, mostly from men ridiculing her appointment, all the while claiming their critiques had nothing to do with sexism. Women who are highly visible, particularly in settings that are traditionally male-dominated, will experience backlash.

They pointed out that it was important to celebrate the deserved achievements of a new generation of Zimbabwean women media workers: Susan Makore, Victoria Ruzvidzo, Happiness Zengeni, Ruth Butaumocho, Nomsa Nkala etc.

Zimbabwe has committed itself to work towards gender equality, and the small and big steps that we are seeing in the media must be encouraged.

When there is justification for professional criticism, we should tackle the problem without gender biases.

Online reaction from male colleagues in the media has hardly crossed the professional boundaries into the personal space when other men have been promoted, suggesting serious gender prejudices in the approach to issues.

Lesson learnt
The prejudicial reaction by some colleagues to Faith’s promotion should serve as a lesson — a lesson learnt — on how we should discuss professional issues and problems in the industry honestly but fairly too.

This must apply to all problems, including how we conduct and manage our workspaces. As the media, we need to thrive in real and honest interactions that see one’s promotion –whether male or female as aiming to maximize a company’s productivity.

Gender equality and indicators
Faith Zaba says she remains strong and not use her own case to be drawn into the personal lives of some of the colleagues who were attacking her.

Sexual harassment and other problems
The Zimbabwe media industry is grappling with issues of accurate, fair and balanced reporting, general skills development, gender mainstreaming, sexual harassment in the industry, corruption and nepotism.

A gender-sensitive approach by the media should be to treat everybody fairly on professional grounds without scandalously ignoring the scandals and problems that must be confronted in the sector.

It is the long stretches of silence that we have seen around these issues that make the Faith Zaba case a good foundation to appeal for fair play, and to continue striving for a gender-equal and sensitive media industry.
Ends