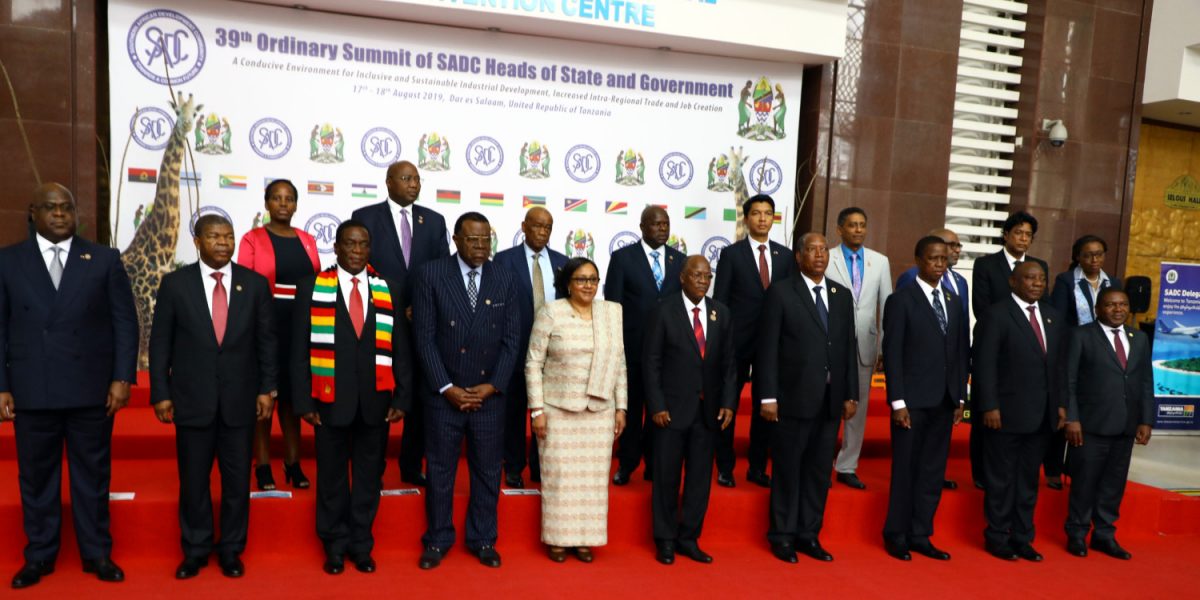 On this day, 25th October 2019, the Southern African Development Community (SADC) reiterates its call for the removal of all forms of sanctions imposed on Zimbabwe to pave way for socio-economic transformation and economic development of Zimbabwe.

The removal of sanctions will benefit Zimbabweans and the SADC Region, as well as, enhance cooperation of SADC with the European Union (EU) and the United States of America (USA).

1 The SADC Region is deeply concerned about the prevailing sanctions imposed by the EU and the USA on the Republic of Zimbabwe and is mindful of the impact of these sanctions.

asset freeze and travel ban on targeted people and entities;

(i) The Zimbabwe Democracy and Economic Recovery Act (ZIDERA), and

(ii) The “targeted sanctions program”, which comprises a list of individuals and entities, and specifically instructs US nationals not to do business with these designated entities or their affiliated entities. The current list as of October 2019 includes’, 13 state-owned enterprises; 13 so-called “other” enterprises; 25 farms; 3 Zanu-PF owned Enterprises; and about 100 individuals; http://www.treasury.gov/resource-center/sanctions/Programs/Pages/zimb.aspx (as at 20th October 2019).

IMPACT OF SANCTIONS ON ZIMBABWE’S ECONOMY

o Agriculture Sector: The Agricultural Bank of Zimbabwe, an entity entrusted with providing financing for smallholder farmers were put under sanctions until February 2016. This development, coupled with the lack of external financing support, and the lack of foreign direct investment have negatively impacted on expansion programmes and investment in agriculture, hence the deterioration in production capacity.

o Mining Sector: Two strategic entities in the Mining Sector, the Minerals Marketing Cooperation of Zimbabwe (MMCZ) and the Zimbabwe Mining Development Corporation (ZMDC) were sanctioned in 2008 and 2012, respectively.

The sanctioning of these entities, particularly the MMCZ (Institutions that are mandated to solicit markets and administer mineral sales proceeds), has resulted in constrained financing for mining operations, loss of revenue, and reduced ability to access new markets.

o Industry and Manufacturing Sector: The cancellation of business ties with US-based and the US linked firms and companies has negatively impacted the Industry and Manufacturing Sector, as the sourcing of industrial technologies and supplies was disrupted, including loss of supply and market contracts in the international markets. These developments have also affected, and continue to affect the performance of the extractive sectors (agriculture and mining) and the competitiveness of the industry sector.

SADC CALLS FOR IMMEDIATE REMOVAL OF SANCTIONS ON ZIMBABWE