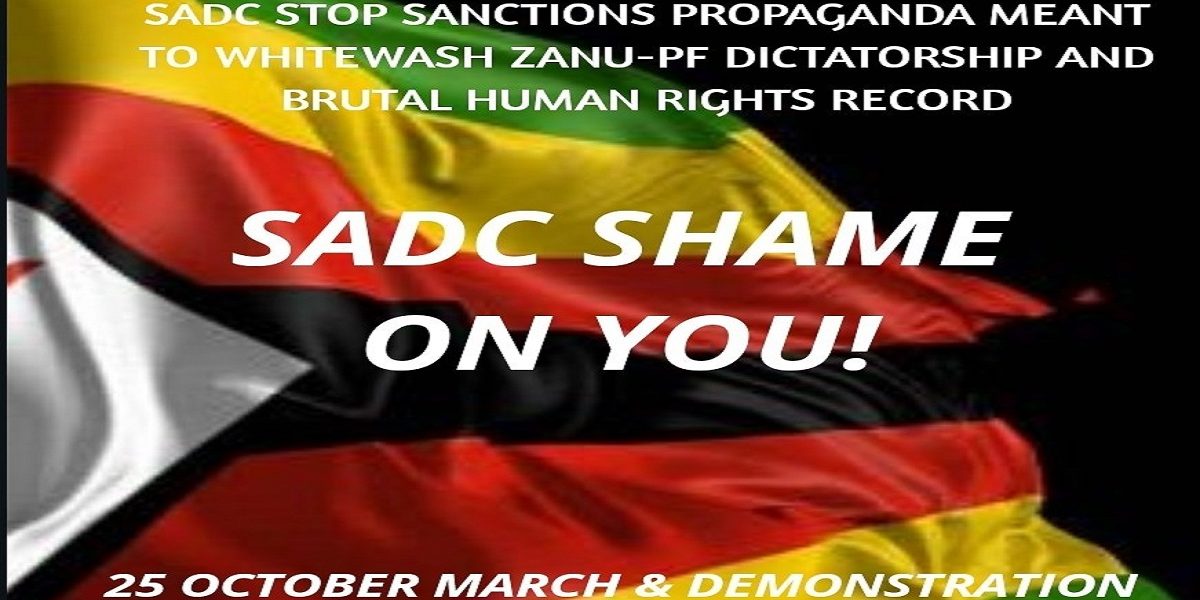 Zimbabweans in the United Kingdom have organised a demonstration against the Southern Africa Development Community for standing in solidarity with Zimbabwe on its Anti-Sanctions campaign.

SADC declared the 25th of October the Anti-Sanctions day during which the regional body will be calling for the removal of sanctions imposed on Zimbabwe.

Meanwhile, Zimbabweans in the diaspora, particularly the United Kingdom believe that SADC made a huge mistake as it is supporting an administration responsible for “human rights abuses” which forced them into exile.

Posting on Twitter about the demonstration against SADC, Dr Muzvare Betty Makoni said their demonstration was less costly compared to that organised by the government of Zimbabwe. She said:

A simple toolkit for Zimbabwean UK demonstrators coming for demo against SADC today. Start time 11am at Zimbabwe Embassy No abuse of state funds. No entertainment at a stadium. Ours is a demo with passion and purpose. We just felt something is completely wrong and resisted.

The nation is divided over sanctions with the government and its allies contending that the sanctions have caused “untold suffering to the general populace” whilst opposition parties, their sympathisers and Western countries arguing that “targeted sanctions” must remain in place to force the government to revert to democracy. 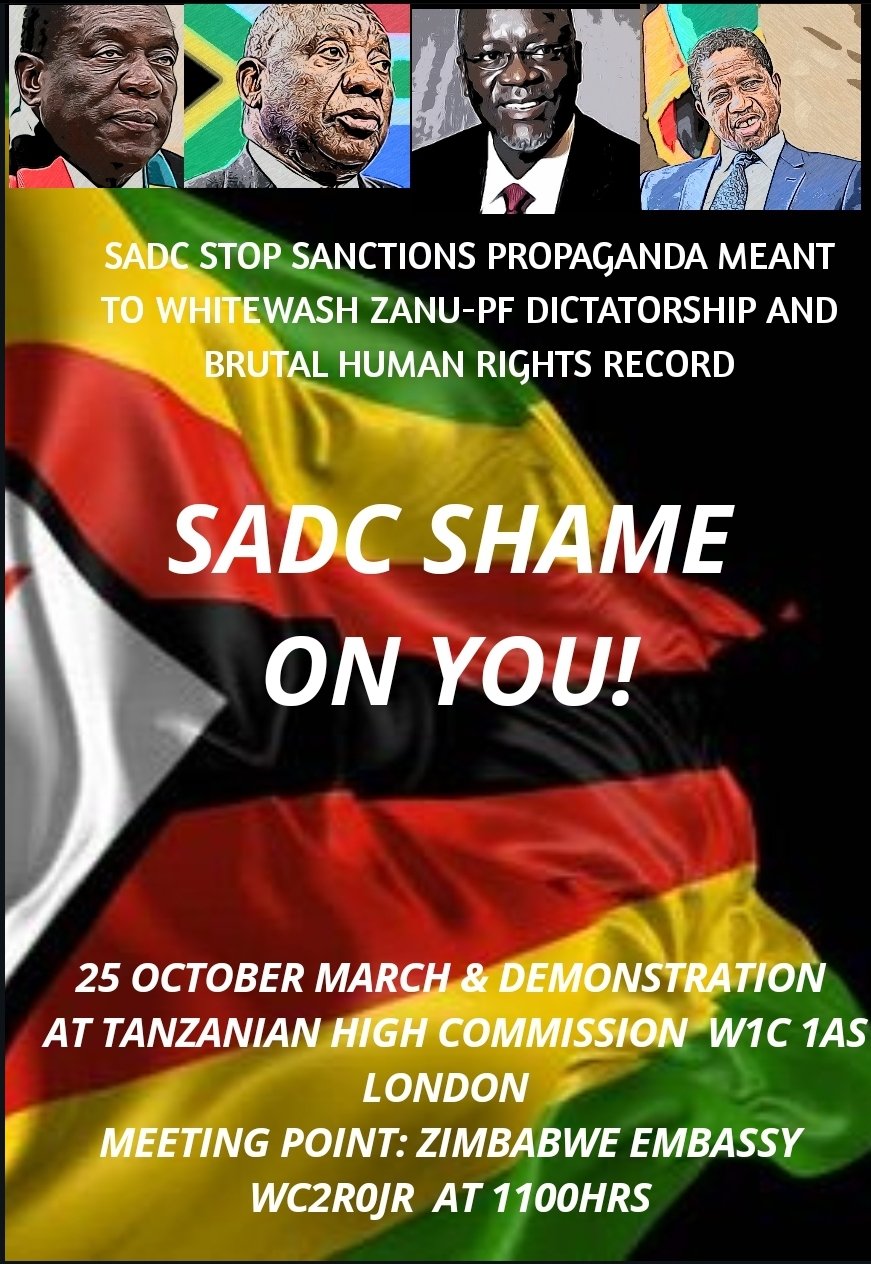