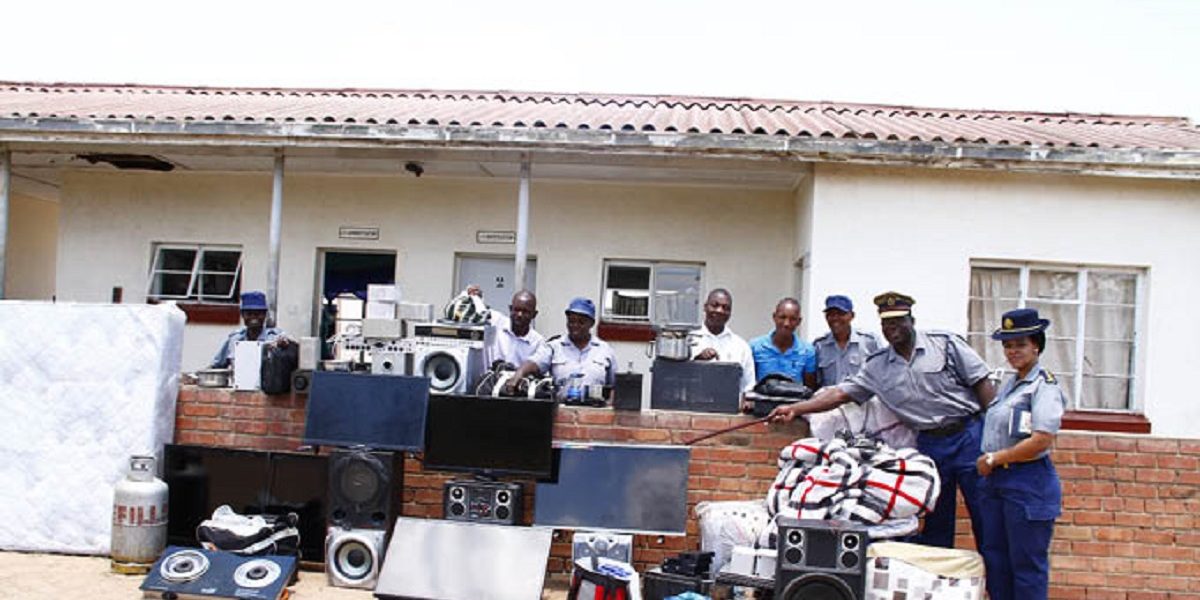 Zimbabwe Republic Police have recovered properties worth RTGS$300 000 which had been stolen from Cowdray Park residents between June and October this year.

The development was confirmed by Bulawayo Metropolitan provincial police spokesperson, Chief Inspector Precious Simango on Monday who said that one man had since been arrested and is assisting in ongoing investigations. Simbango said:

I can confirm the recovery of property valued at RTGS$300 000 stolen through cases of unlawful entry at Cowdray Park New Stands in Bulawayo between the period June to October this year. The police managed to arrest one suspect while others are still at large.

Simbango added that the Honda Fit which the gang used to transport stolen goods had its number plate tampered with so that members of the public would not recognise it.

She urged members of the public to be extra vigilant to avoid theft.