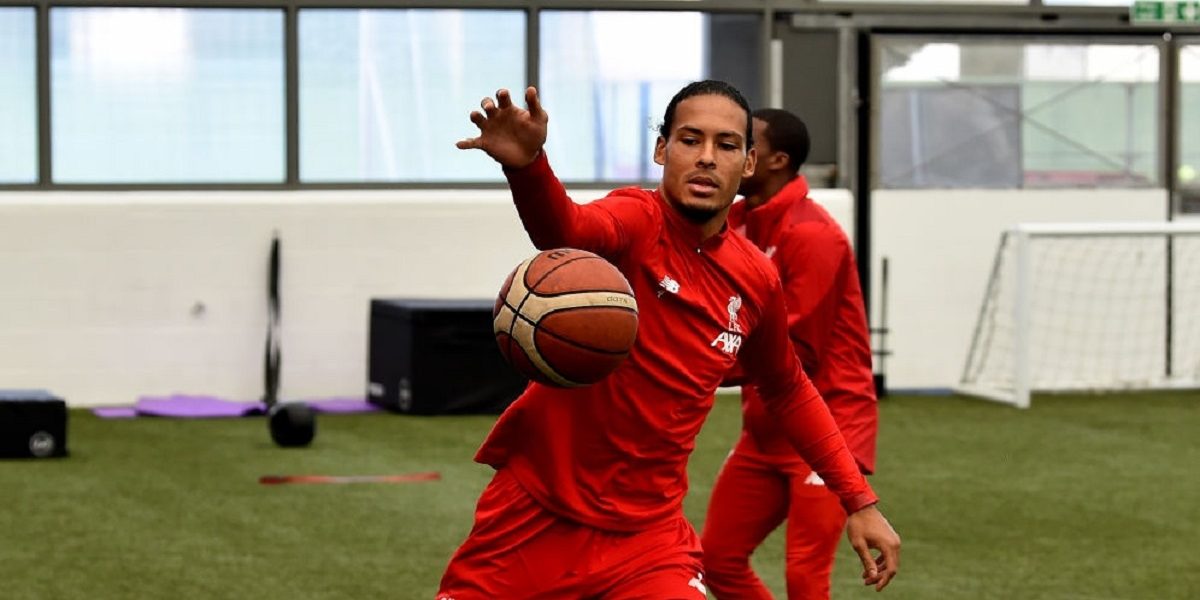 LIVERPOOL, ENGLAND – OCTOBER 17: (THE SUN OUT, THE SUN ON SUNDAY OUT) Virgil van Dijk of Liverpool playing basketball before a training session at Melwood Training Ground on October 17, 2019 in Liverpool, England. (Photo by Andrew Powell/Liverpool FC via Getty Images)

Manchester hosted Liverpool on Sunday in an EPL match that ended 1-1. Klopp later indicated that he was not happy with the goal which England forward, Marcus Rashford scored as Divock Origi had been fouled by Victor Lindelof in the build-up.

Solskjaer who heaped praises for the referee, Martin Atkinson for handling the match well, however, responded saying:

No chance, we’re not playing basketball. He touched him but it’s not a clear and obvious error and I don’t think it’s a foul.

His remarks come after Liverpool players were seen playing basketball during the week in training.