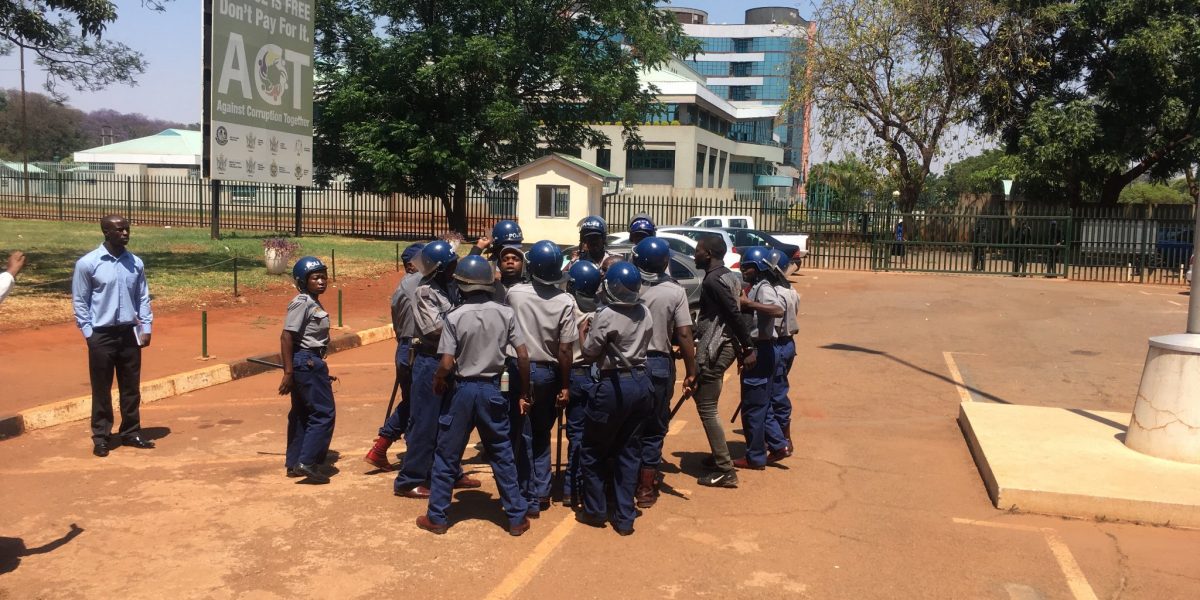 HARARE Magistrate Learmore Mapiye on Monday 21 October 2019 granted bail to 10 informal traders, who were severely assaulted and tortured by Zimbabwe Republic Police (ZRP) officers in an incident in which an inmate passed away while in prison custody.

Hilton Tamangani, a 29-year-old Chitungwiza resident passed away on Friday 18 October 2019 while detained at Harare Central Prison after he was arrested by ZRP officers on Saturday 12 October 2019 and charged with assaulting or resisting peace officer as defined in Section 176 of the Criminal Law (Codification and Reform) Act.

Tamangani, who was in prison pending the determination of his bail application by Magistrate Mapiye, died after ZPCS officials refused to release him to be attended to by a private doctor of his choice.

The refusal by ZPCS came after Tamangani’s lawyers Marufu Mandevere and Kudzayi Kadzere of Zimbabwe Lawyers for Human Rights (ZLHR) wrote a letter to the Officer-In-Charge of Harare Remand Prison seeking his release as he had developed a fatal infection.

On Monday 21 October 2019, Magistrate Mapiye ordered the release of Chinyanga, Mazia, Kayesa, Madziwa, Chitengo, Mutseta, Nyawasha, Denford, Chirodza and Tekere on $100 bail and ordered them to report at Harare Central Police Station once every week on Fridays, not to interfere with State witnesses and to continue residing at their given residential addresses.

Tamangani’s lawyers also filed an application before Magistrate Mapiye seeking an order to allow the deceased man’s body to be examined by an independent pathologist so as to ascertain the cause of his death.

In court, Chamunora Kuvheya of ZPCS told Magistrate Mapiye that Tamangani died in prison custody and prison authorities were yet to get a Notice of Death from the prison doctor.

Magistrate Mapiye will hand down her ruling on Tuesday 22 October 2019.

Ngadziore, Haruzivishe and Matoratora, who are represented by Gift Mtisi of ZLHR, were detained at Harare Central Police Station, where some ZRP officers were contemplating charging them for contempt of court or disorderly conduct.