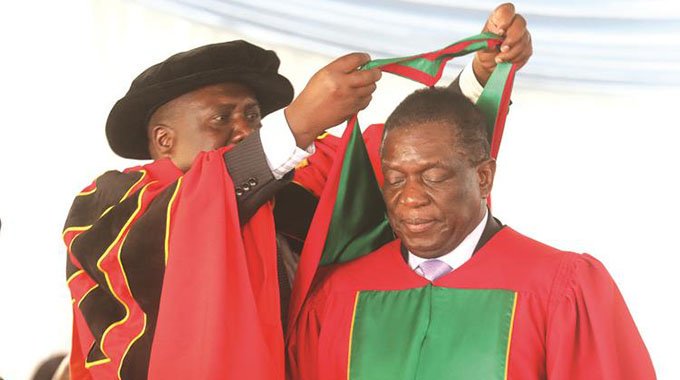 Yesterday the Harare Institute of Technology honoured ED with an honorary Doctorate of Technology Degree (Honoris Causa). This happened at the 10th graduation of the institution.

During his acceptance speech during the ceremony, the president urged varsities to come up with tech that could be commercialised. Said the president:

As the world rapidly moves into the Fourth Industrial Revolution, my Government has noted how technology is affecting and redefining cultural, economic, social and human endeavours.This is the foundation upon which global economic giants are emerging and we should not be left behind.

As such, I charge universities to champion economic growth through production of relevant and innovative intellectual property which can be commercialised.

The president over the past few weeks has been conferred with honorary degrees from Bindura University of Science Education , Chinhoyi University of Technology.