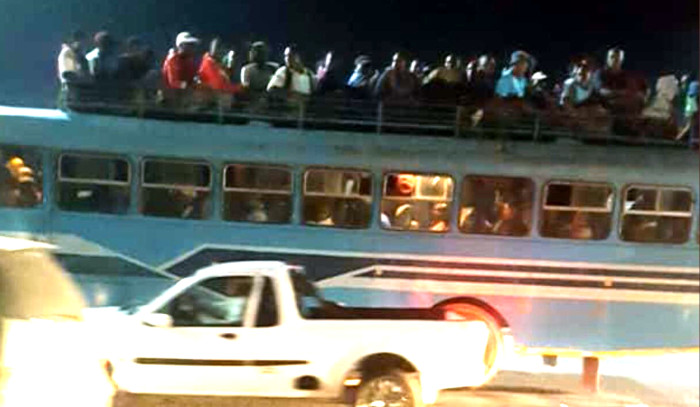 Men have been implored to respect women and be guided by the principles of ubuntu/unhu at all times especially in overcrowded ZUPCO buses.

The call was made by Bulawayo Provincial Affairs Minister Judith Ncube who revealed that she has received numerous complaints of women and girls being s_xually abused in overcrowded public transport vehicles. She said:

It is very worrying. I have received these reports, especially from junior parliamentarians that some men in our society are now taking advantage of transport problems and using crowded buses to explore dirty agendas such as caressing and s_xually assaulting women and girls in these buses.

Meanwhile, Zimbabwe Gender Commission (ZGC) Legal and investigations manager, Delis Mazambane revealed that women also suffer s_xual harassment when they are told to open their legs when they sit on “Kadoma” in kombis.

The government introduced mass public transport buses which charge less compared to those that are privately-owned and this has led to overcrowding in the more affordable buses.