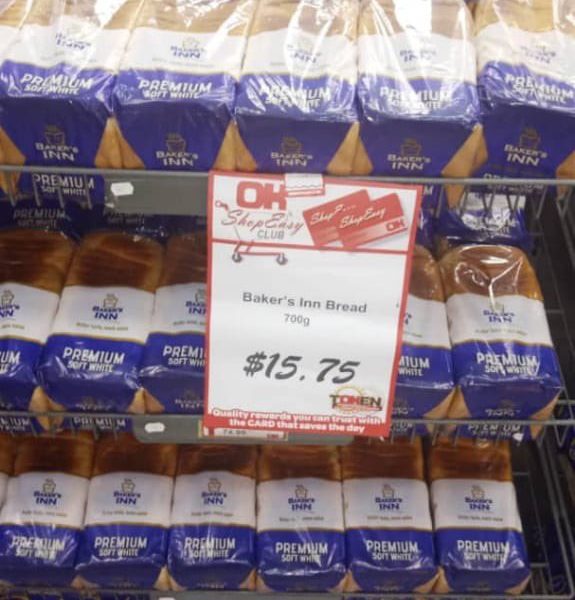 Consumer Rights Association spokesperson Effie Ncube said the recent 60 per cent hike in the price of bread is cause for concern as most school children are spending the whole without food. Said Ncube:

We are very much concerned about the ever-increasing cost of basic commodities, like bread that has been priced beyond the reach of the majority of the people of Zimbabwe.

As a result, in the morning every day where you are supposed to have bread on the table, people are not affording that, so children are going to school without bread; spending the whole day without food.

The price of bread was raised from $9.50 to $15.75 by most major retail outlets in the country’s major urban centres, though it remains in short supply.

Meanwhile, the Zimbabwe National Statistics Agency (ZimStats) said that the Poverty Datum Line (PDL) for a family of five as at the end of August was at $1 826.99 while a majority of middle-income earners were earning just above $1 000.