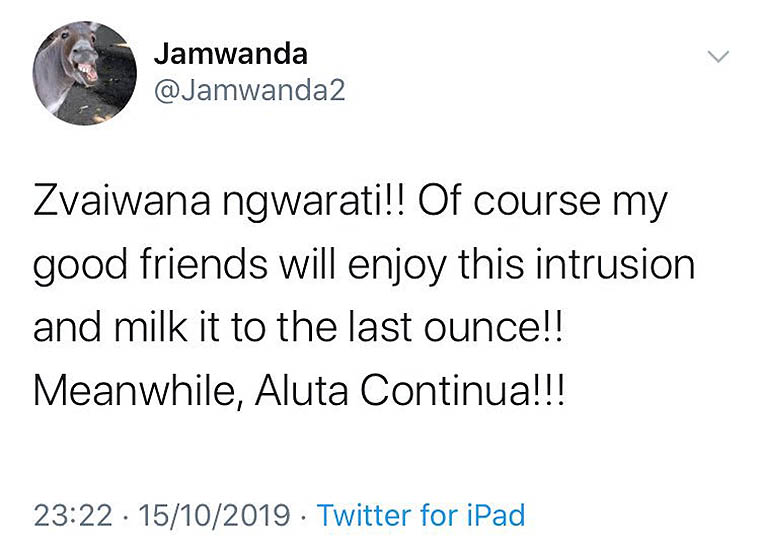 Charamba was using the Twitter handle @jamwanda2 and he confirmed it last week when he posted pictures of President Mnangagwa eating sadza and mazondo during a flight from France. The controversial tweet was posted around 11 PM and soon after, Charamba posted again:

Whoever does this is despicable, and I suggest it stops immediately. I am disgusted.

… zvaiwana ngwarati!! Of course, my good friends will enjoy this intrusion and milk it to the last ounce!! Meanwhile, Aluta Continua!!!

After several of his followers poked fun at him, Charamba eventually deleted the account.