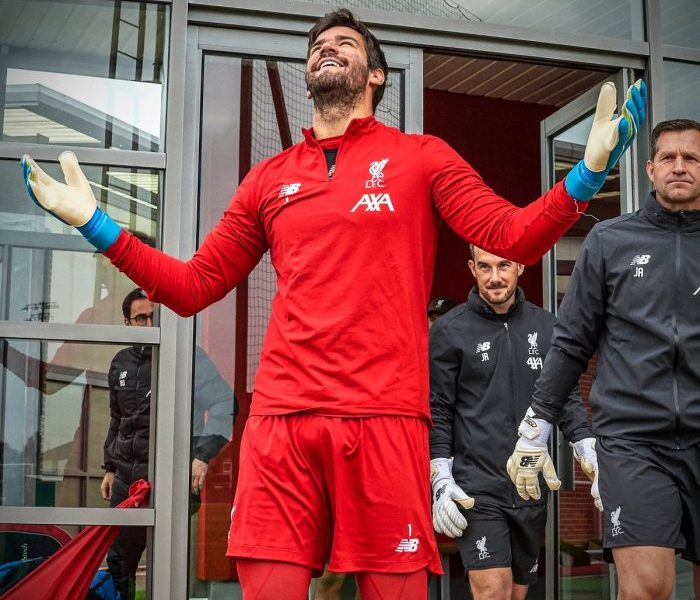 Liverpool has been given a huge fitness boost following the return key players from injury, Mohamed Salah, Joel Matip and goalkeeper Allison Becker.

The English Premier League early pacesetters visit Old Trafford on Sunday to face out of sorts Manchester United who are languishing in midtable.

Allison and Matip were involved in training on Tuesday, putting themselves firmly in contention for the weekend.

Allison suffered the injury against Norwich in the Premier League opener while Joel Matip missed the last two games before the international break due to a knock. Salah hobbled off the pitch in the dying moments of the 2-1 win over Leicester City almost two weeks ago.

At Melwood, Salah has been training without contact and if he comes through his tailored sessions without reaction he should be able to return to full squad training this week, allowing him to face United.

Most of Liverpool’s key players were away on international duty, with Sadio Mane playing in the 1-1 against Brazil.