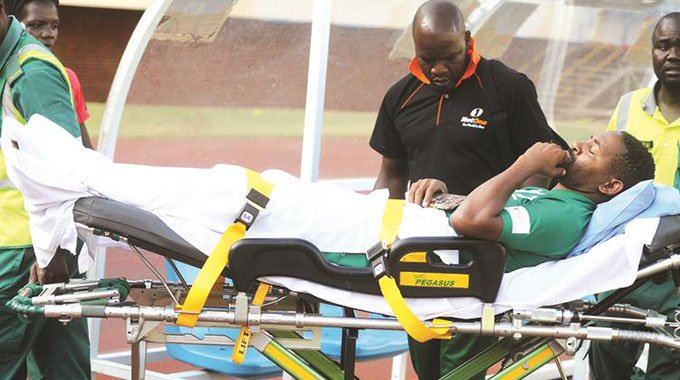 Caps United defender Method Mwanjali’s season is over after he picked an ankle injury during the 3-1 victory over Hwange at the National Sports Stadium on Sunday.

Club doctor, Dennis Chabwera, on Monday revealed that a team of specialists recommended that Mwanjali undergoes surgery which will keep him sidelined for 3 months. He said:

Method suffered a complex ankle fracture, he is admitted at a local hospital. He is due for an operation tomorrow morning (today).

It’s quite a bad injury, it takes about 12 weeks to heal, including rehabilitation.

Mwanjali was injured in the 24th minute in an innocuous challenge by a Hwange player who stepped on his twisted angle.

Meanwhile, Fidelity Life Assurance will cover all the medical expenses as part of the $1 million sponsorship deal signed with the Premier Soccer League clubs at the beginning of the season.