Simon Khaya Moyo, the spokesperson of the ruling ZANU PF has notified members of the politburo of an extra-ordinary meeting scheduled for Wednesday 16 October at the party’s headquarters in Harare. The Meeting is held when government workers have declared incapacitation and intentions to “withdraw services until their situation has been adequately dealt with”.

Public health institutions are without medicines, equipment and personnel as both doctors and nurses are on industrial action over unsustained remuneration and poor working conditions.

The meeting is also held when there are incs=reasing calls, even from the ruling ZANU PF for president Emmerson Mnangagwa and opposition MDC leader, Nelson Chamisa to have a dialogue over the deteriorating state of affairs.

The issues above are expected to top the agenda of the meeting. Below is the full statement issued by Moyo. 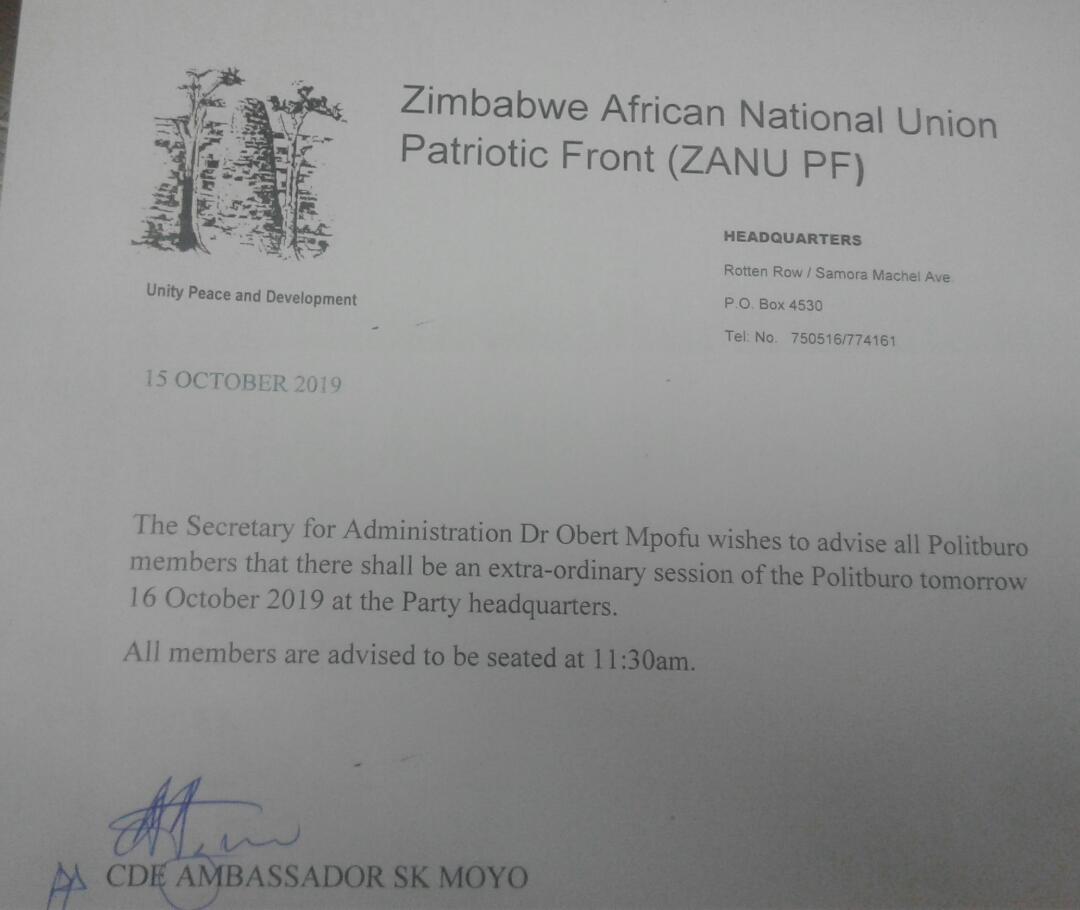